This project uses two photons in a car to allow you to control your windows from your phone and automatically rolling them up once its dark.

This project uses two photons in a car to allow you to control your windows from your phone and automatically rolling them up once its dark.

The objective behind this project is to make two Photons communicate to one another in order to control an system. We decided that one thing that would make life easier would be to have your car windows be automated from your phone.

This will allow you to remote-control the windows of your car from anywhere that is WiFi enabled (could also use 3G with an Electron). This control system also integrates light sensitivity and weather watching. If the light levels become low or it starts to rain the windows will close.

Communication between two photons is a required portion of this project so to meet the requirement we decided to put a photo resistor on the dash so that when it gets dark it will tell the other photon to roll the windows up.

This is helpful for if one night you left your windows down because you thought that you might go out again or if you just forgot they were down they will know to roll up once it gets dark. This help prevent someone from being able to just walk up to your car in the middle of the night and having a field day with free stuff from your car as a result of you just forgetting to roll your windows up.

The window position is controlled using mobicle.io with buttons that control if the window is 100, 75, 50, 25 % up/down.

The light sensitivity feature is achieved using a photo-resistor that detects light levels and relays them to the photon, if light levels fall below a specified threshold the photon will publish an event that the main-photon will receive and trigger a function to close the windows.

Similarly weather watching is integrated into the system but instead of a photon with a sensor, If This Then That (IFTTT) provides a web-connected weather service that will monitor weather conditions. If the weather condition changes to rain IFTTT will publish an event to the main-photon to close the windows.

Window position is then published from the main-photon to IFTTT which transfers the data to a Google Sheet spreadsheet. This is used to keep track of window position.

The control system is fully functional and logs all data. An improvement to be made is to determine an efficient way for the photon to have its own log of window position and determine where the window is in real-time to prevent running the motor for excessive periods of time.

The window motor in the door is a simple DC servo motor that switches direction when polarity is reversed. This became troublesome when deciding how to wire the motor to allow the photon to reverse polarity on the motor.

To achieve this three relays were utilized, a main power relay and two motor control relays.

The main power relay was used to control overall 12 Volt (V) signal to the entire circuit, by turning on 12 V the windows will go down due to the motor already being connected to 12 V and ground.

The two motor control relays are then turned on and switches the polarity of the leads connected to the window motor therefore reversing direction and making the windows go up.

We determined this to be the most efficient way to switch polarity at the motor using the Photon as the primary controller.

Here is a demonstration of some of the features of the Windowmatic including light sensitivity, remote control, and window activity tracking through Google Sheets. 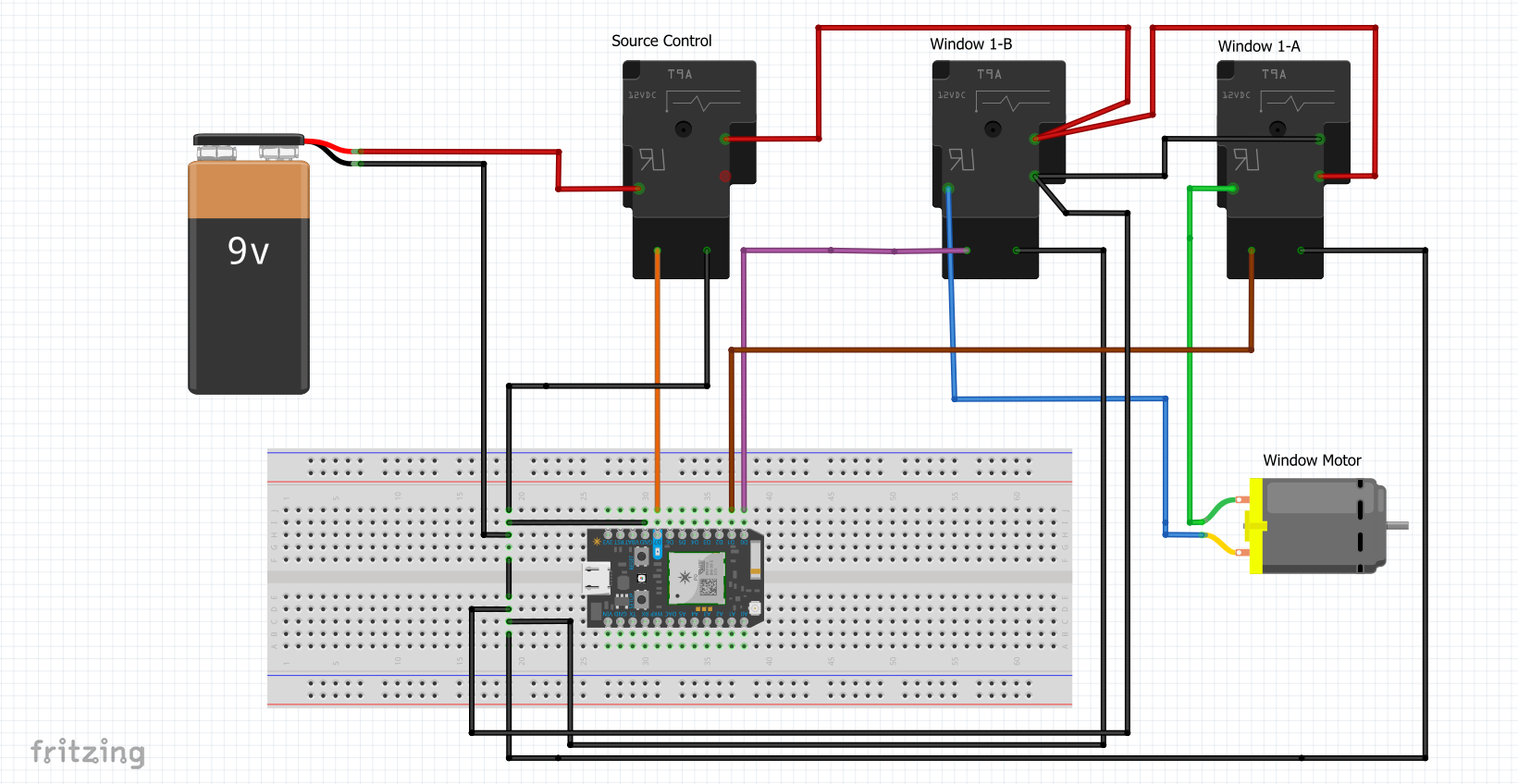 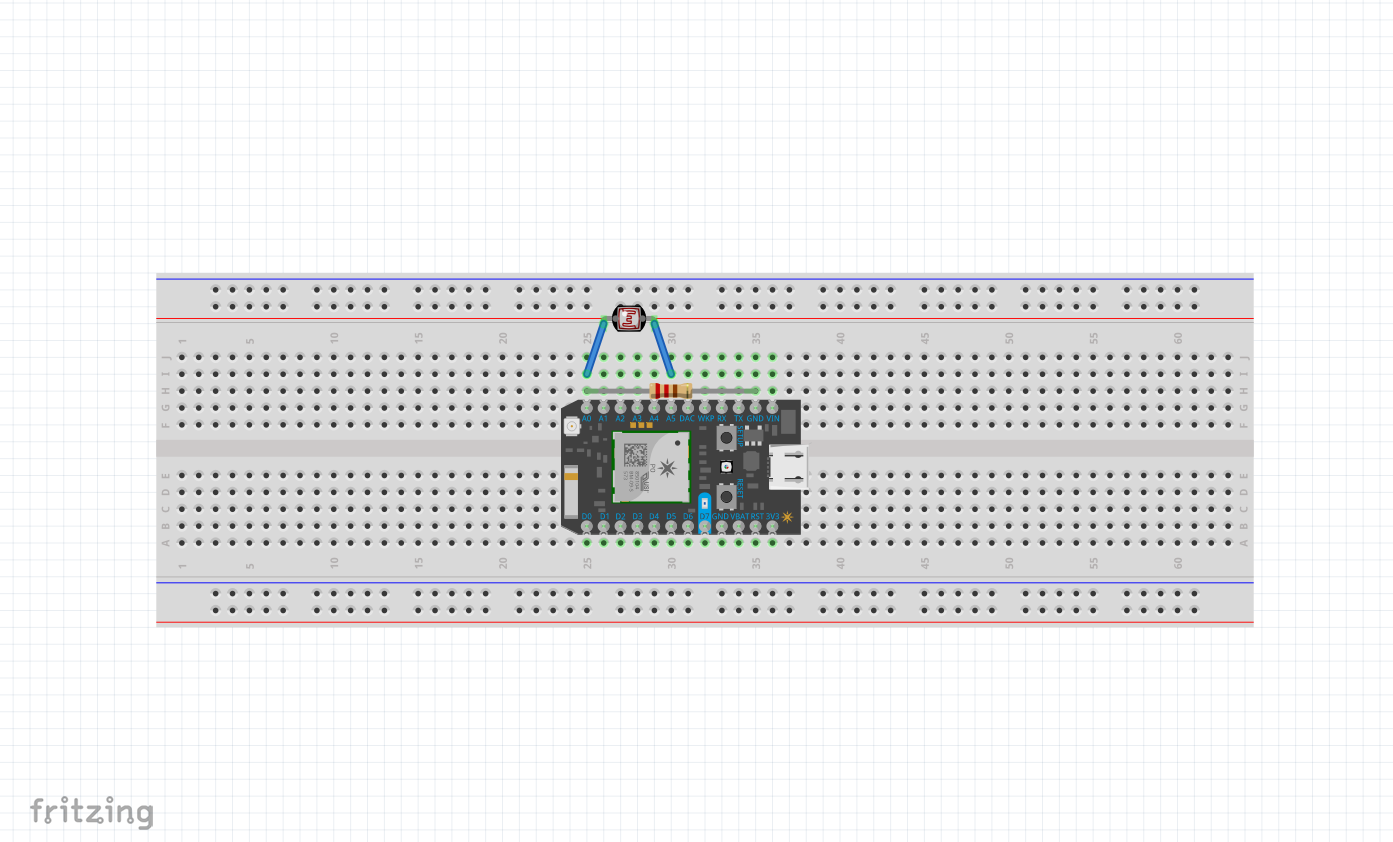