I created a box that lights up green when people are speaking at a acceptable level. It flashes red and plays siren when people yell at it.

I created a box that lights up green when people are speaking at a acceptable level. It flashes red and plays siren when people yell at it. 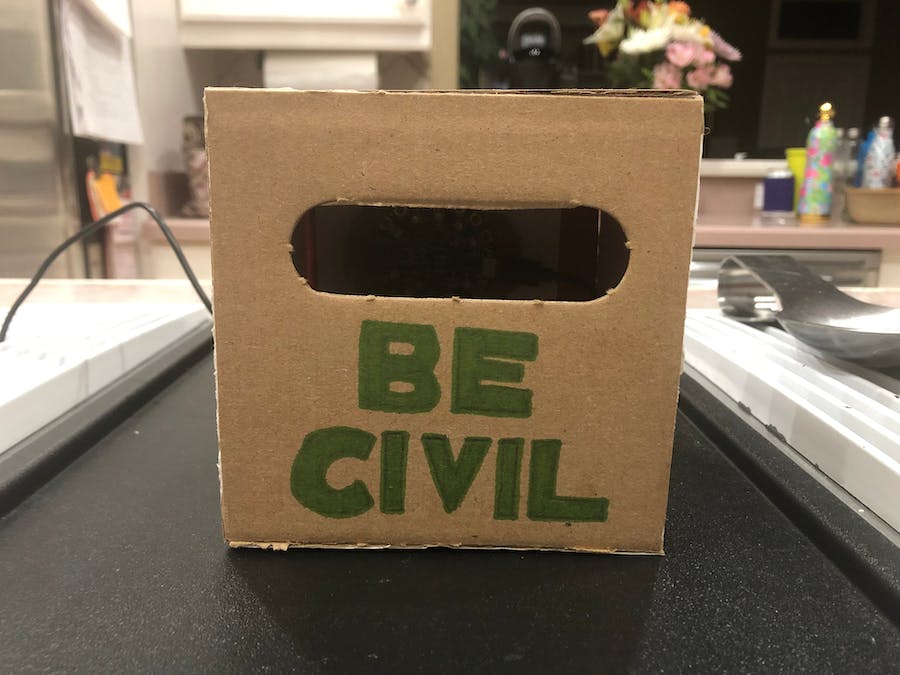 For my project I wanted to create an object that tackles the issues related to the problems with the current public discourse. I feel people tend to argue, yell and berate each other, rather than having a civil conversation. This just leads to more conflict and does not solve anything. In this object, I designed it like a letter box that people can put notes in of their opinion. This also acts as a moderator of debates by playing sirens and flashing red lights when people yell too loud. This will hopefully encourage a more calm approach to speaking about issues rather than the constant bickering that does not get anyone anywhere.

I utilized the sound sensor on the CPX to recognize the sound levels. After the noise gets too high, the lights turn red and the CPX blasts a siren noise. If it hears an acceptable sound level or no sound the light will be green. I have a toggle switch in the back of the box to turn the system on and off. The device is also powered by a micro USB cord that users can connect into the wall to power it. The code sets it to constantly check the sound level around the device and to change the color based on the sound it hears.

Used a hot glue gun to build the object together.