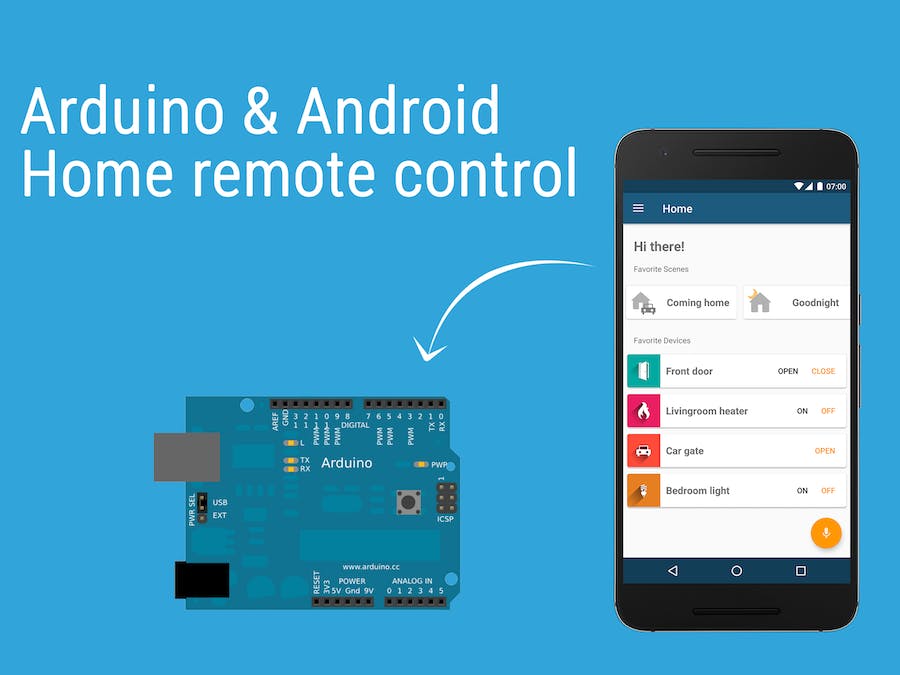 Everybody loves automation. Telling your home to turn the light on or enter your garage tapping on the screen of your phone are amazing stuff. At least, I think so.

That said, I decided to try to make my own system to control my home devices from my smartphone, without buying expensive third-party wifi adapter, smart bulbs or anythings like that; so, it had to be cheap, easy to use and had to be controlled from local and mobile internet connection. I know there are tons of excellent working projects out there (just to name some, Cayenne or the one by Anurag Vasanwala); anyway, I decided to make my own to fit perfectly my requirements. I focused my work on two main parts: the hardware setup and the development of a decent Android app.

The “hardware” is composed by three main components: Arduino, an Ethernet adapter and a relay board. All the devices I need to control - which at the moment are some lights, the car gate, the main door and the garage door - are hooked up to the relay board; the board is controlled by the Arduino, which is then connected via an Ethernet shield to my router. Additionally, I found a 2€ RFID reader, and decided to give it a try: it's now connected to the Arduino and allows me to open/close the gate using a RFID tag; unnecessary, but nice to have.

Here is how the finished setup looks like; pretty clean I think!

All the instructions provided by the user inside the app are sent to the specified Arduino IP using the UDP protocol; the received string is then parsed and the desired device activated. The Arduino private IP and the router public IP are stored inside the app database; it's up to the application to decide which one to use, depending on the currently connected network. Once the Arduino has received the input, it sends back to the phone a confirmation code, to let the user know if the command has been run properly. The app also allows the user to input the router public IP in the form of an URL string: you can generate a unique URL using a dynamic dns service (such as no-ip.com) and register it in the router; this way you'll have a (sort of) static IP address, useful in the case your internet service provider doesn't provide you one - like mine.

In defining the communication protocol between the app and Arduino, the following requirements had to be taken into accounts: it had to tell Arduino which action to perform (turn on/off/trigger/simulate button pressure...) and on which pin and had to carry a unique id string to prevent malicious users to gain control of the house. The syntax I came up with is the following:

Surely somebody out there could do this way better, so if you have any suggestions about this feel free to post them, I’d be more than happy to improve the code.

Designing the app was another important point: I wanted it to be fully customizable, aesthetically pleasant and intuitive, for my family was going to use it. After designing and coding it, this is what it looks like:

Certainly not a professional one, but I’m quite happy with it!

Here is the sketch code; as I said, suggestions are the welcome!

I'm planning to keep the development going, at least on the app side, for I'm quite pleased with how this project came out. I’d like to add, in the near future, the following features:

If you would like to take a look to the app, feel free to try it out; I made it available on the play store at this link. However, remember it's the first release,

Thank you for reading, have a good day! ;) 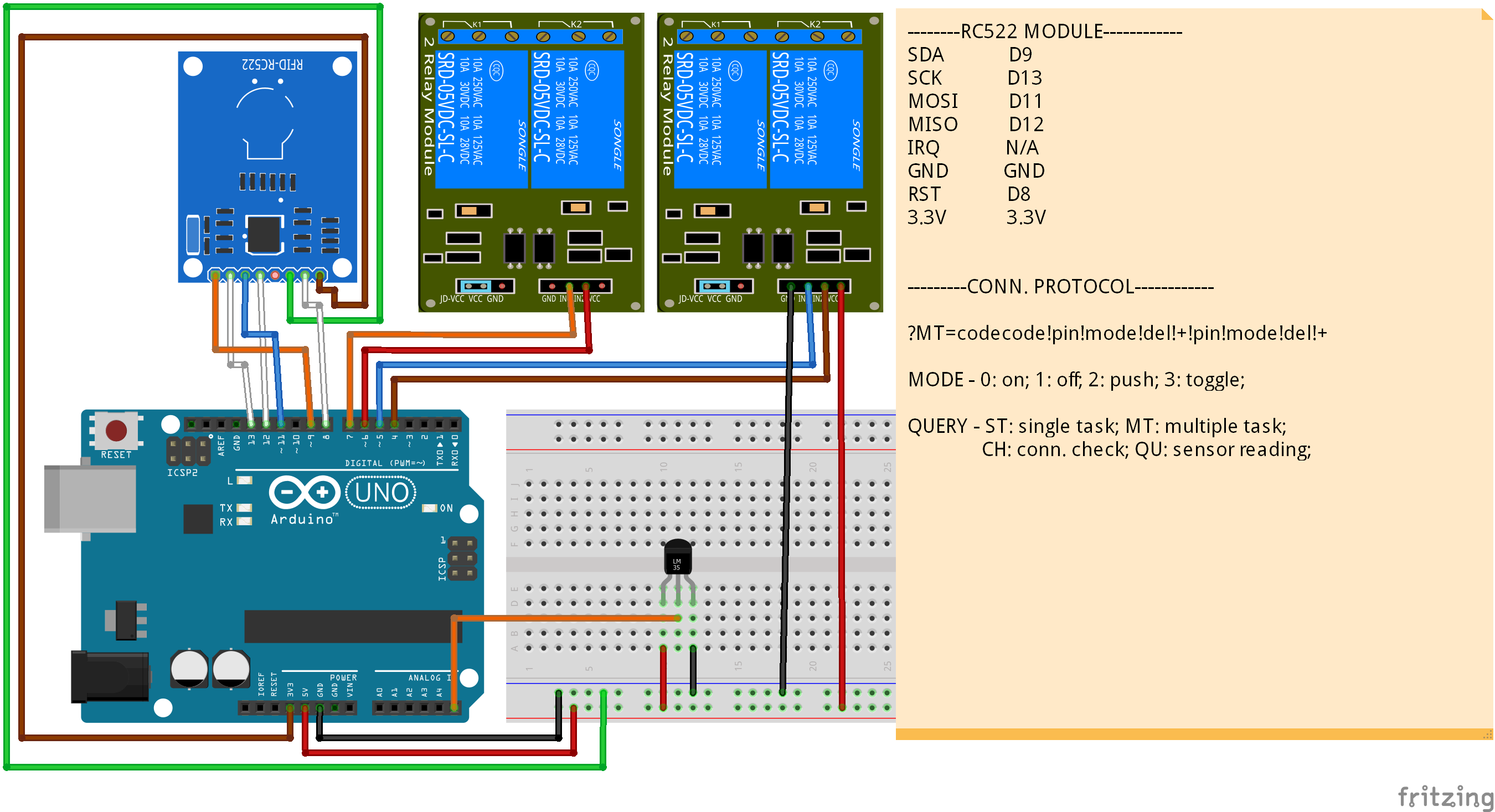