Fast RC robot controlled with iOS app via wifi! Using Legos for the body, fun little project for my kids to play with.

Fast RC robot controlled with iOS app via wifi! Using Legos for the body, fun little project for my kids to play with. 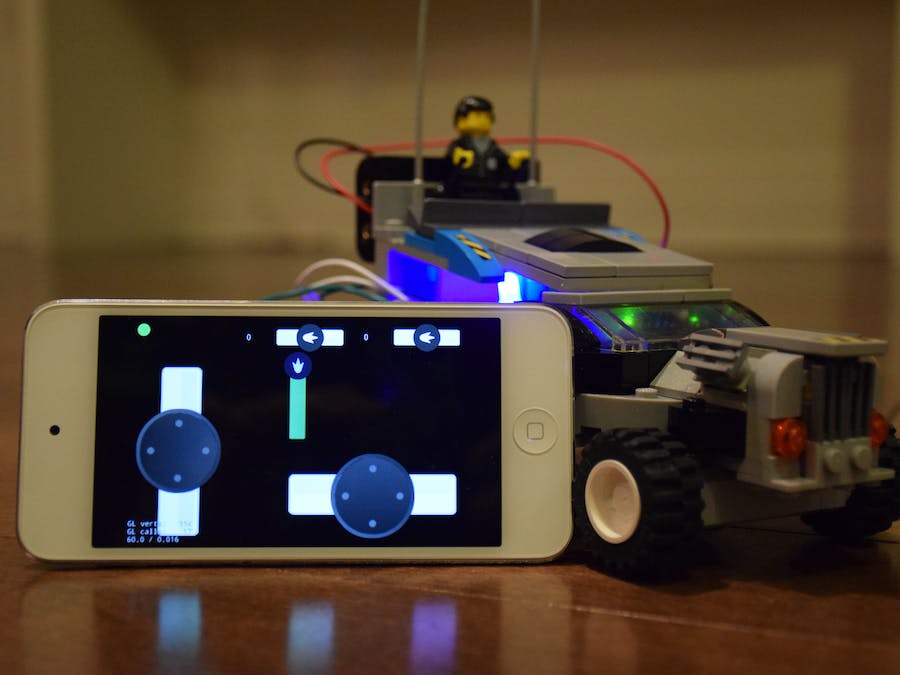 Here's how it looks!

New Lego body, actually looks nice now
The guts hidden inside. Because of the 3.7 V batteries, I got rid of my voltage regulator
The flurorescent green batteries are 3.7V AA, lots of power!
Flames!

I decided to make an RC robot car, like so many other tutorials. But I had certain criteria to fulfill:

This article is still a work in progress, as I am tweaking and changing things quite often, so stay tuned!

I bought most of my parts on Robotshop.com (super great, for Canada too!). I was experimenting a lot, so I decided to mount most of my hardware onto Lego piece, so I can connect them easily (I have a lot of Legos at home).

I even did this with my motors so I can attach them where needed.

As I am writing this, I've gone through a few prototypes. Most recently, I've replaced the L298 motor driver (which is fairly large with the heatsink) to a TB6612FNG, which is a lot more compact.

The TB6612FNG does require you to solder the pins on, but I took it as a challenge, but I did it!

I had many many problems with my ESP8266 ESP01. It's a great chip, very cheap, but it's pretty...hairy sometimes. I'll try to list here problems I had with it, and other problems in general.

Update on top of update. I've updated the body and insides, so this is an older model. Some more updates, with my new Pololu motor driver!

I'm still not done with my ESP8266. I ordered some protoboards so I'll be soldering that sucker to it, and then hot gluing to some Lego pieces. My step-up voltage regulator will be the last piece left outside of the car (until I get my new batteries!) 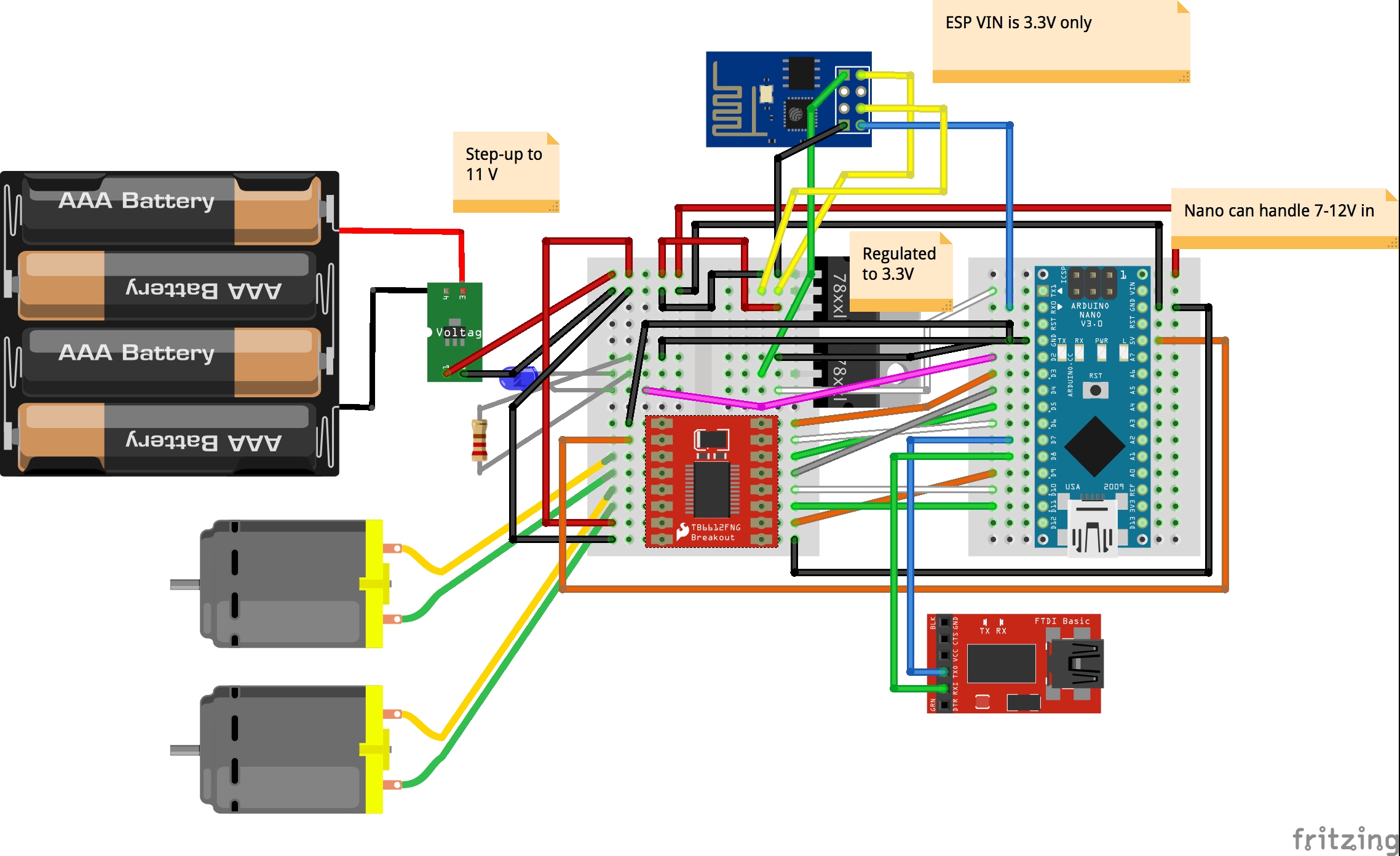 2 projects • 9 followers
Beginner in the world of hardware! Main job is network game programming, so it's fun diving into the hardware world.
ContactContact