All the Serial functions like Serial println, Serial read, if Serial, Serial available etc.. will be covered in this project

All the Serial functions like Serial println, Serial read, if Serial, Serial available etc.. will be covered in this project 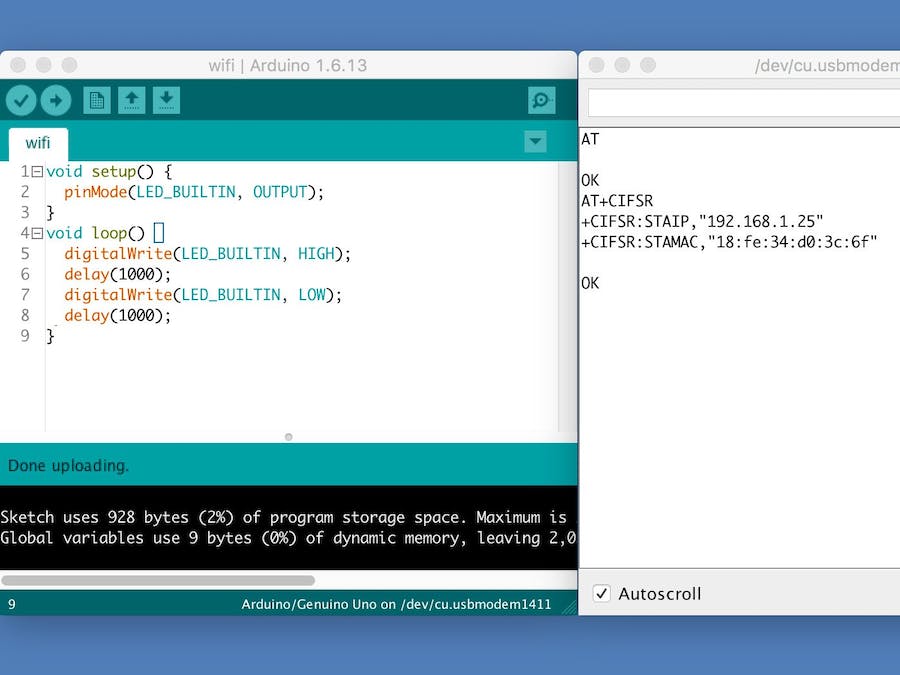 if(Serial) - indicates if the specified Serial port is ready.

On the boards with native USB, if (Serial) (or if(SerialUSB) on the Due) indicates whether or not the USB CDC serial connection is open. For all other boards, and the non-USB CDC ports, this will always return true.

Returns true if the specified serial port is available.

Serial.available() - Get the number of bytes (characters) available for reading from the serial port. This is data that’s already arrived and stored in the serial receive buffer (which holds 64 bytes).

Serial.begin() -Sets the data rate in bits per second (baud) for serial data transmission. For communicating with Serial Monitor, make sure to use one of the baud rates listed in the menu at the bottom right corner of its screen. You can, however, specify other rates - for example, to communicate over pins 0 and 1 with a component that requires a particular baud rate.

An optional second argument configures the data, parity, and stop bits. The default is 8 data bits, no parity, one stop bit.

Serial.print() - Prints data to the serial port as human-readable ASCII text. This command can take many forms. Numbers are printed using an ASCII character for each digit. Floats are similarly printed as ASCII digits, defaulting to two decimal places. Bytes are sent as a single character. Characters and strings are sent as is.

Serial.read() - Reads the incoming Serial data from an object.

Serial.write() - Writes binary data to the serial port. This data is sent as a byte or series of bytes; to send the characters representing the digits of a number use the print function instead