Tito is a Bi-ped, dancing DIY robot, derivative from Zowi and Bob. Basically has been adapted to a standard Arduino UNO board.

Tito is a Bi-ped, dancing DIY robot, derivative from Zowi and Bob. Basically has been adapted to a standard Arduino UNO board. 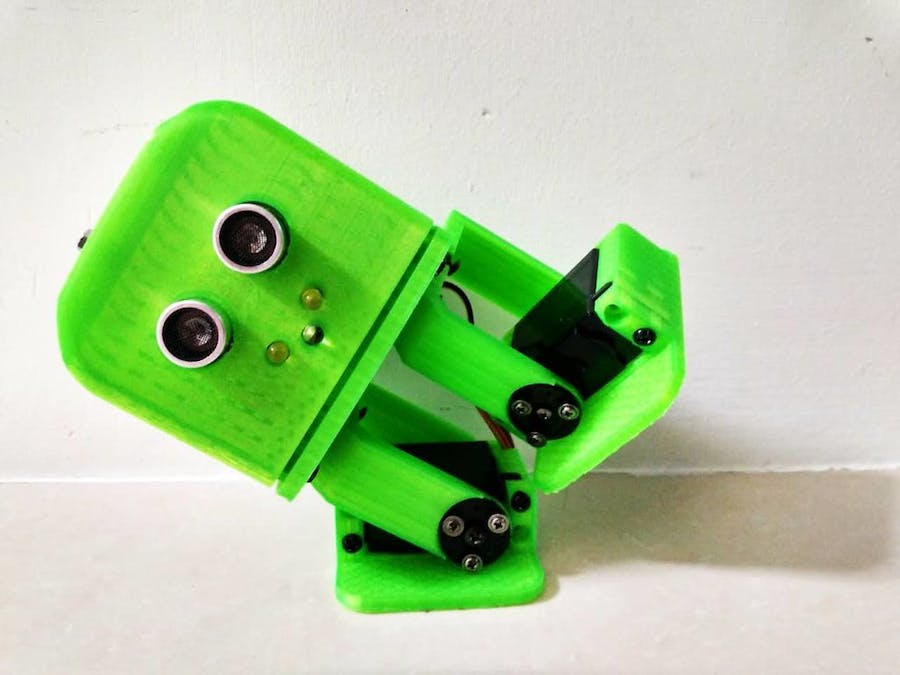 If you don't have or is difficult to get the part you can just buy our full kits!

Tito is a Bi-ped dancing DIY robot, derivative from Zowi and Bob. Basically has been adapted to a standard Arduino UNO board with easier connections and supports. It was the first iteration for Otto DIY

3D.stl files here. Find a way to 3D print the parts, they are designed for no supports so is very easy to print with 20% infill and 0.2mm resolution. Since Tito is completely open source you can find the design of the 3D model files made in Autodesk 123D Design here:

There are many ways to build Tito, but one recommendation is: before connecting the servos, assemble the servo disk pieces to the legs, then put the servos in the body and the feet.

Follow the picture for the connections. HC-SR04 ultrasound sensor (trig for pin 8 and echo for pin 9). During the making process you may need to disconnect and connect constantly so just keep this schematic present for further fixes.

Test the position of the Servos

In the picture, the cables are disconnected but the idea here is to upload a code to the Arduino UNO board that will put the all servos in 90 degrees. Then match the right angle for the crank discs in the body and the feet. Tito should be in a position as the one in the photo. Then you can fix all the servos with the screw axis.

Assemble the Arduino UNO board

Using DFRduino which is same as Arduino UNO

This design makes it easy to fix any Arduino Uno compatible board (in my case a DFRduino UNO) in the head part, you can use up to 4 screws.

If all connections are secured you can close the head part and fix it to the body using the lateral screws.

All libraries and sketch codes are in this Github repository. Just connect your USB cable to Arduino UNO and upload the codes. There are many programmed movements for the robot like walk different directions, ultrasound, raise, tilt and dance.

post your remix and modifications in the hackster community or Thingiverse 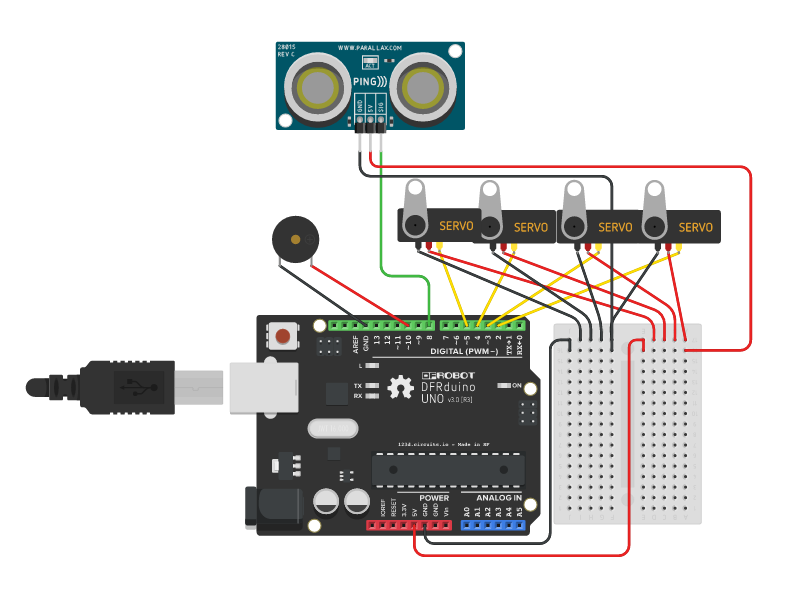 5 projects • 143 followers
Creator and Founder of Otto DIY, a project that follows his passion for robotics, design and open source hardware.
ContactContact
Thanks to Zowi.