with AdaCore
Congratulations to all the winners! Check out the winning projects below.

Ada Modbus Analyzer
Back to top 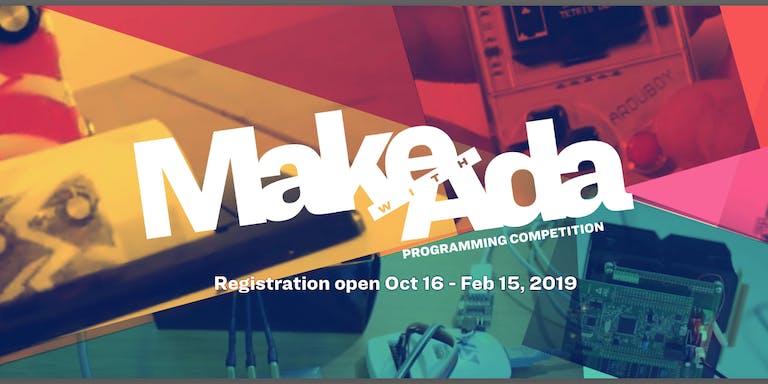 This contest is over! Want more chances to win prizes? Check out our active contests.

We’re calling on developers across the globe to build cool embedded applications using the Ada and SPARK programming languages and are offering over $8000 in total prizes. Why? Well, the Ada programming language was designed from its inception to be used in applications where safety and security are of the utmost importance and with the increased need for trustworthy software, we want to encourage the use of Ada/SPARK.

We want you to demonstrate your inventiveness and build safe, secure and reliable software that matters. Need some inspiration? Check out previous contest submissions here.

Our free GNAT Community compiler with IDE and comprehensive toolset is available for you to use but any compiler, language and board is acceptable in your project submission. To help you get started, we're giving away supported STM32F4 Discovery Boards to the first 20 project idea submissions, see the Apply for Hardware tab for more info. See our Getting Started page for further platform and hardware support information.

Still have questions about what you can use? Check out our submission requirements in the rules tab, our FAQ tab or post your question on the discussion tab.

We are giving away thousands of dollars in prizes to the top 4 projects! Our judges will pick the best qualifying 4 projects based on the judging criteria outlined in the rules section. 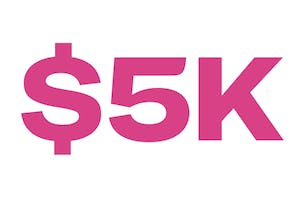 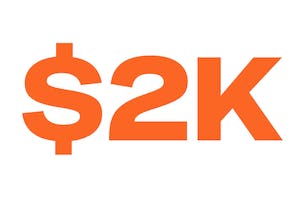 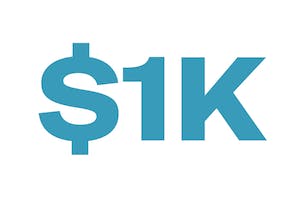 In addition to the financial rewards, eligible students will compete for this reward. 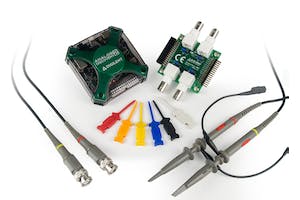 Start verifying and testing a wide range of projects with the Analog Discovery 2. With the addition of the BNC adapter and scope probes, professional or experienced engineers can access the full 30MHz bandwidth oscilloscope and 12MHz bandwidth waveform generator.

The panel of judges for this competition comprises an international group of embedded systems experts, each with decades of experience in the software industry. See the full judging requirements here.

Dr. Patrick Rogers has been a computing professional since 1975, primarily working on microprocessor-based real-time applications. He began working with Ada in 1980 and was director of the Ada9X Laboratory for the U.S. Air Force’s Joint Advanced Strike Technology Program, was Principle Investigator in distributed systems and fault tolerance research projects using Ada for the U.S. Air Force and Army, and Associate Director for Research at the NASA Software Engineering Research Center. He is currently Convenor of SC 22/WG 9, the ISO working group responsible for the Ada language standard. As a member of the Senior Technical Staff at AdaCore he is a developer of bare-board products and teaches courses on Ada, real-time systems, and SPARK.

Jack Ganssle has written over 1000 articles and six books about embedded systems, as well as one about his sailing fiascos. He started developing embedded systems in the early 70s using the 8008. He’s started and sold three electronics companies, including one of the bigger embedded tool businesses. Jack now gives seminars to companies world-wide about better ways to develop embedded systems.

After receiving a MSc degree in Electrical Engineering from Chalmers University of Technology, Jonas started working as a software developer within the automotive industry, mainly focusing on the control of electric and hybrid powertrains. Since 2017, he has been designing software for radar systems at Saab. His main interests include software for control and signal processing applications.

Richard Nass’ key responsibilities include setting the direction for all aspects of OpenSystems Media’s Embedded and IoT product portfolios, including web sites, e-newsletters, print and digital magazines, and various other digital and print activities, including the IoT Design web site. He was instrumental in developing the company's on-line educational portal, Embedded University. Nass helped OSM launch its highly acclaimed live events, including Industrial IoT University and MEDSec. Previously, Nass was the Brand Director for UBM’s award-winning Design News property. Prior to that, he led the content team for UBM Canon’s Medical Devices Group, as well all custom properties and events in the U.S., Europe, and Asia. Nass has been in the engineering OEM industry for more than 25 years. In prior stints, he led the Content Team at EE Times, handling the Embedded and Custom groups and the TechOnline DesignLine network of design engineering web sites. Nass holds a BSEE degree from the New Jersey Institute of Technology.

After graduating from the Institut Supérieur d'Electronique de Paris (ISEP) in 1990, Stéphane joined Chorus Systèmes to work on real-time embedded systems. Since 2011, he has worked on the architecture and development on Bouygues Telecom gateways. Since 2000, Stéphane has also remained active in the Open Source community where he participated to the gcc, gdb and binutils development on the 68HC11 toolchain. Since 2009, he has created several Ada Open Source projects showcasing his Java J2EE expertise in the Ada community. His interests include systems architecture, software design, performance and... coding.

Everything we do at AdaCore is centered around helping developers build safe, secure and reliable software. With over two decades of experience working with the most respected companies in industries such as aerospace, defense and railways, we build tools and provide services that ease the complex and often difficult process of developing high-integrity software. As the need for truly secure and reliable applications expands into industries such as automotive, medical, energy, and IoT, we’re excited to bring our time-tested technologies, expertise and services to help a whole new generation of developers.

Earn reputation points for participating in this contest: