Build your own high-quality water sensor to monitor your pool or spa.

Build your own high-quality water sensor to monitor your pool or spa. 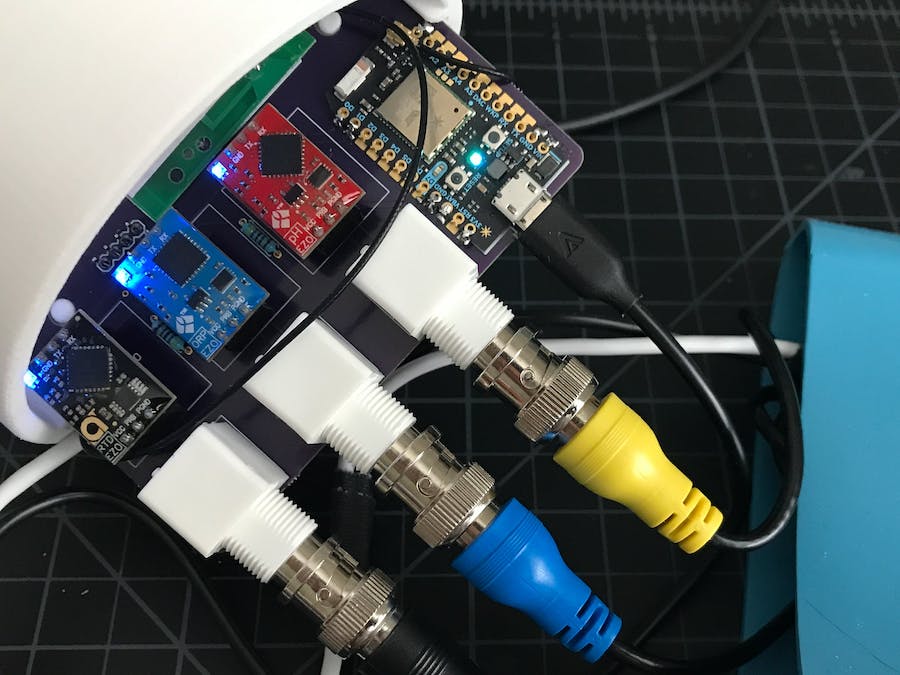 This is an open source hardware project. It is published under the CERN OpenHardware License. https://www.ohwr.org/documents/294

#Note! This is very much a work in progress. All designs are subject to change.

More information can be found on my website https://breakpointer.co/projects/OpenWaterV2/

This repo contains all the hardware, software, 3D models, and instructions on how to create your own version. https://github.com/breakpointer/OpenWater

To create and share an open source water monitoring system that was capable of measuring water temperature, pH, and ORP.

I've built two versions of this project, and planned to build a third. Each one a little better in certain ways. Here's a spreadsheet with the BOM costs. The tabs at the bottom are for each version.

This was version one. I based the enclosure off of a pool floater and a shaker bottle. They fit well together but it was a challenge to get the cabling all out of the way. Also it was really buoyant and required a pound of lead shot in the bottom to keep it from floating on its side.

I abandoned version 1 because there were too many issues with the enclosure. Getting an enclosure that's water proof, holds the electronics, is serviceable to replace the battery, and floats is incredibly challenging.

With this new version I took a different approach. I started thinking about leaks and how to keep everything dry. I got the idea that perhaps if I put all the electronics in a pressurized enclosure that would help. If there was a small leak you would know because:

I spent a lot of time searching for a large rubber tube. Like a bike tube but really big. I found an industrial supply company than sells silicon roller covers for large scale printing (think billboard sized printers). I purchased a few feet of it and made that part of the enclosure. It worked really great until it met reality.

Big take-away: buoyancy, you can't just wing it. If you want something to float a certain way in water you should probably do some calculations. https://study.com/academy/lesson/buoyancy-calculating-force-and-density-with-archimedes-principle.html This was a somewhat expensive lesson. Even with the enclosure deflated it still floated. When I added some lead shot to the bottom it floated a little better but still it listed to one side and generally looked pretty shoddy in the water.

Here are some better photos of the PCB's and populated boards.

You can now buy this board here on Tindie https://www.tindie.com/products/13405/

I spec'd out a version 3. I'd given up on getting the device to float IN the water. It's FAR easier to have it float ON the water. For that, the best enclosure is probably an Otter box. But for this to work you'll need to drill some holes in it for the sensor cables and then seal them up pretty well. I was really trying to avoid having drilling be something you need to do for this project (using any power tools really since that sets a higher bar for assembly).

I'm pretty confident in the circuit and firmware as a good starting point for anyone looking to experiment in this area of water monitoring. I'm still not satisfied with the Otter box approach for the enclosure so I'm tabling work on this until I come across a better idea. How would you do it? Put it in the comments below!