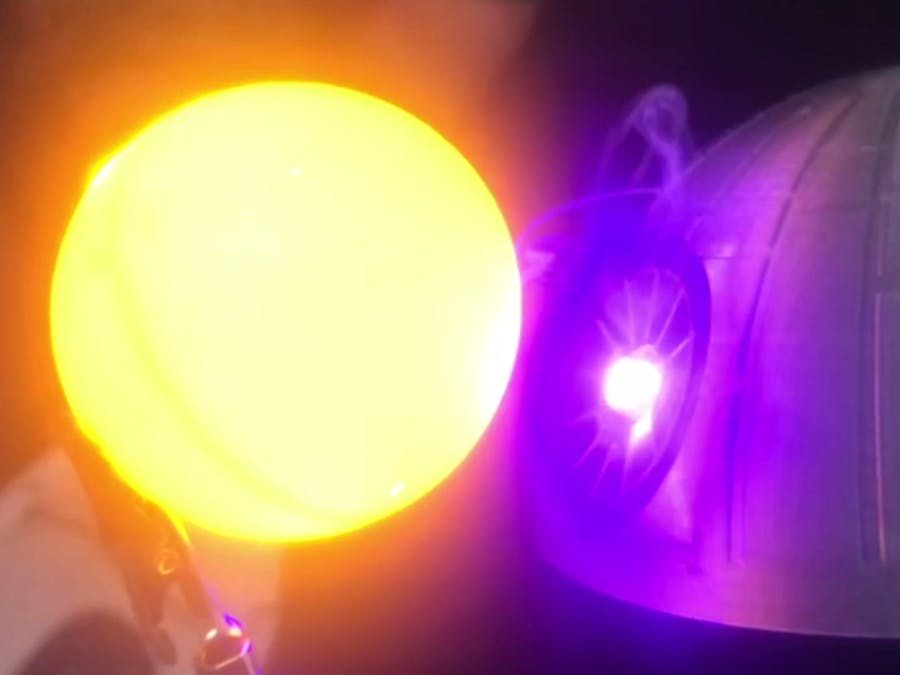 Hello World! My name is Blaze Sanders. I’m an ex-NASA engineer, and I love Star Wars. Clearly. I’ll be launching a miniature yet fully operational Death Star into space (100 km) above Earth. You can guess what happens once they’re in space...

Using a 5.5 meter United Frontiers Discovery rocket, we will be launching a 10 centimeter diameter spherical space station to 110 km, which is above the Kármán line - the official definition of outer space. At the core of the space station will be 50 Kickstarter backer names etched & gold plated onto a Jedi blue, Ahsoka Tano white, or Sith red colored printed circuit board. Each of these Earthling backers will receive their name as a space flown souvenir after the mission. Up to 2000 additional names will also be stored on a memory chip headed to space. After a zero-G free fall of 5 minutes and a parachute landing in New Mexico, one backer will receive a fully operational space station that has been to space and traveled at over 2400 m/s (5370 miles per hour)! See http://kck.st/2KzReZY

At the core of our Death Star is a space tolerant printed circuit board (PCB), complete with a 0.150 Watt LASER (8 Watts if we reach our stretch goals!). The internal PCB's will be etched and then gold-plated with Kickstarter backer names onto either a Jedi blue, Ahsoka Tano white, or Sith red PCB at the core of the space station.

Everything is packed in a heat resistant, flame retardant ULTEM 9085 3D printed spherical shell (Aluminium if we meet our stretch goals!). Once in orbit, multiple ‘Alderaan's’ will be released, the LASER will power up, and we’ll demonstrate the power of the Empire. Fear, then, will keep the local systems in line. Before Dec 20, 2019 (Star Wars Episode IX premiere date) one lucky backer will receive the Death Star after its parachute landing in New Mexico.

We are making the suborbital PCB's space tolerate by using Roger 4003 based PCB material, thermal spreaders, dual solder mask color, via paste fill, tin-whisker free solder chemistry, and thermally conductive vibration proofing epoxy. This is in preparation for a six month mission to low earth orbit (LEO), another one of our stretch goals. If you want to construct your own battle station for a STEM outreach project, we have already open sourced bug filled hardware and software at www.deathstarinspace.com

After college, I worked at NASA for two years, where I learned to manage the risks involved with a project like this. 1.5 years ago I started planning a simple suborbital mission, with 8 months of delay built into the schedule. At that time my main focus was getting six different rocket companies to quote the launch price, and now we have five paths to space (you need backups in the aerospace industry)! I’ve already reserved space on a 5.5 meter United Frontiers Discovery X rocket, so regardless of what happens with this Kickstarter, I will be putting something in space. My current backup item is a big surprise for my sister :)