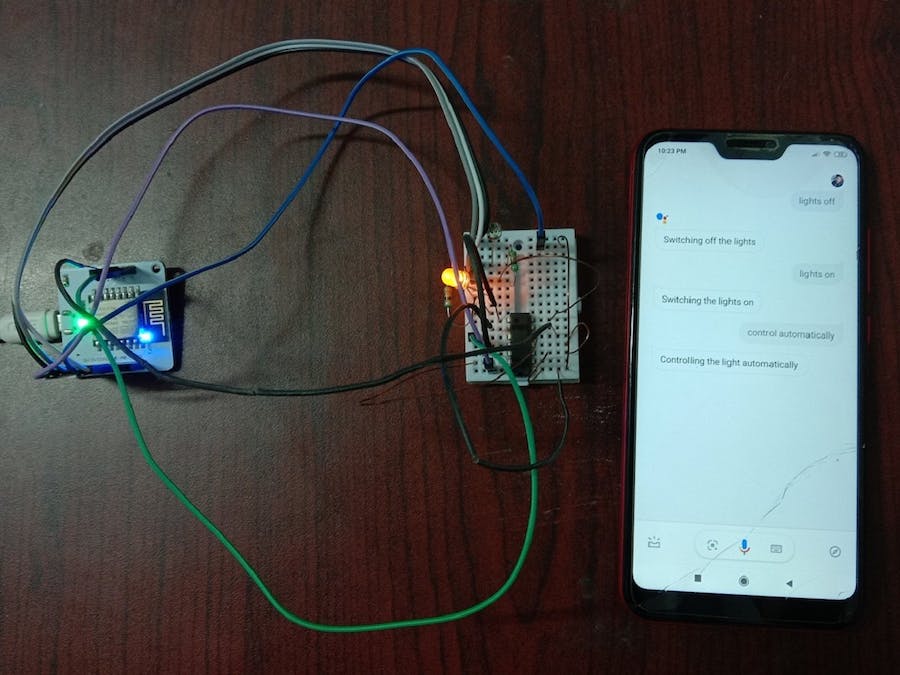 The project has mainly three functionalities-

3. Controlling the intensity of the LED and alert through the email for the sudden change in the brightness

To control the intensity automatically we first have to measure the brightness of the surrounding that is measured using the LDR (Light Dependent Resistor). And then the intensity of the LED is changed according to the LDR response. So, first of all, let's see the circuit connection.

3.2 Algorithm for Controlling the intensity according to the brightness and alerting:

Before implementing the algorithm, we should make a configuration file which will have the specific keys for each user. We will import this file in our main code and use the various attributes.

The configuration file is created using the following command on the ubuntu server.

The ' MAILGUN_API_KEY is found in the API keys section of the mailgun dashboard.

'SANDBOX_URL' is found in the dashboard of the mailgun account.

'SENDER_EMAIL' will be 'test@SANDBOX_URL'. The details about how to create an account on mailgun are given on https://trainings.boltiot.com/courses/429176/lectures/6656741

'API_KEY' is found in the API section of the Bolt cloud.

'DEVICE_ID' is found in the 'Device' section of the Bolt cloud.

3.4 Mapping of the LDR value with the LED intensity:

The following parameters are used for the Z-score analysis.

3. Mn denotes the mean of the LDR responses.

4. C is the multiplication factor.

5. Zn is the Z-score i.e the standard deviation of the LDR responses multiplied with the multiplication factor.

3.6 Code for controlling the intensity of the LED and alerting for a sudden change in the brightness:

To write the code, we first have to make a python file (say auto_func.py) using the following command in the ubuntu server.

The complete code for the above functionality is written following the above-mentioned algorithm and is provided in the 'Code' section.

2.7 Output screen-shots of the python code:

4. Turn the LED ON, OFF or Control Automatically using Google Assistant

To turn the LED ON or OFF we should use digitalWrite() and we can use any digital pin. As digital pin 2 is used for automatic intensity control, so we can use digital pin 1 for the ON and OFF functionality. But the problem is only one pin can be used at a time to connect the LED. So, we have to use the concept of the multiplexer and the digital pin 0 as the select line.

4.2 Implementation using basic gates and modification in the circuit diagram:

The multiplexer can be implemented using basic gates. The boolean representation of the above multiplexer is P0'.P2+P0.P1 where P0, P1, P2 represents the pin 0, 1 and 2 respectively.

So, the circuit connection is as follows.

The above circuit is the same as the following circuit.

The above circuit can be designed using only NAND gates as follows.

The complete modified circuit is given in the Schematics section.

We should have to go to IFTTT and create a new applet by clicking here.

b) Automatically control the light

The structure of the command is:

In the case of automatic intensity control, the PIN_NUMBER will be 0 and the state will be LOW for our case. API_KEY and DEVICE_ID can be known from the Bolt cloud discussed in the configuration file section.

The 'Method' will be GET and the 'Content type' will be Application/json.

Steps to turn ON the LED:

We have to create another Applet. All the steps will be the same as the previous one but the URL should be changed. We have to use 'digitalMultiWrite' instead of 'digitalWrite' and make the 0 and 1 pin as HIGH.

Steps to turn OFF the LED:

In this case, we have to use 'digitalMultiWrite' instead of 'digitalWrite' and make the 0 as HIGH and 1 pin as LOW.

To understand how to create an API command link to turn on or turn off a pin of the Bol, this can be followed.

After making all the three applets the applet page of IFTTT will be like this.

By saying "OK Google" and saying the phrase we had set while creating the trigger we can control the LED.

We have seen how to ON, OFF and control the intensity of the LED according to the brightness of the surroundings using Google Assistant and Bolt. We can use the same concept to control the home lights by using an additional device called solid-state Relay. 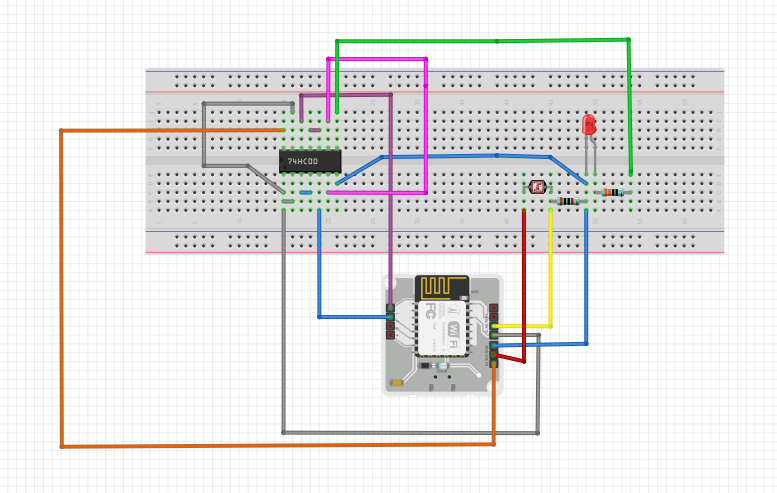