LED blinking with cloud is first step towards IoT. In this project, we will see how to do it in a simple way.

LED blinking with cloud is first step towards IoT. In this project, we will see how to do it in a simple way. 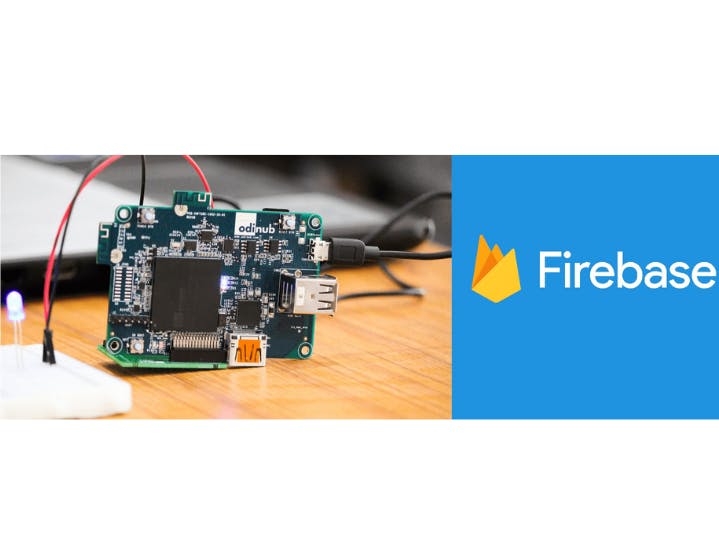 In this project we will Blink the LED with the help of IoT. blinking LED is the Hello World for electronics. We often use LED just to start with any programing Hadware.

I did my first firebase project by making a simple python script on Odinub. Odinub is very cool device wich comes with pre-loaded linux so it's very easy to startup.

Here I have connected my odinub with my laptop using PuTTY. You can also check out my guide for using Odinub headless.

Now let's start with Blinking for that just follow given the steps to make your simple but intresting IoT project.

How to Blink LED with Firebase:

First we have to make an account on firebase. Firease is free realtime database and we will use firebase to fetch the value of LED(on/off).

Step 1: Set up WiFi on your Odinub

For this project we need to install Python and Firebase.So, let first download the packages of python by executing following commands.

If we want to turn on led first we have to setup GPIO pin with “OUTPUT” direction for that just execute the following commands.

By execute above command pin 23 will set with “OUTPUT” mode. There are many mathods to use GPIOs here I have used GPIOs by file System. Another is by using libary. I will make library in future for Odinub GPIO.

This is one method by executing commands other mehod is y using GPIO library.

Now you will get a new screen in that write following line.

After write above lines press Ctrl+X and then Y to save the file.Now we have to do the same to turn the LED OFF by execute following command.

Now you will get a new screen in that write following line.

After write above lines press Ctrl+X and then press Y to save the file.

Now we have to link the firebase with Odinub so we have to write a python script which will link firebase and also it will toggle the LED as per input from firebase.So, execute following command.

Now you will get new window in that just write code which is given below.

After that just press Ctrl+X and then press Y to save the code.

You can see the current status of LED on your screen and when you change the value on your firebase you will get. LED is just an example now we can use any thing insted of LED and make more complex projects using Odinub. Also you can Interface Relay and do some cool home automation stuff. Even using Firebase you can build you Android or iOS app and tinker with the steup. In future I would love to share more projects on this.

I have also shared the video of my project do check out.