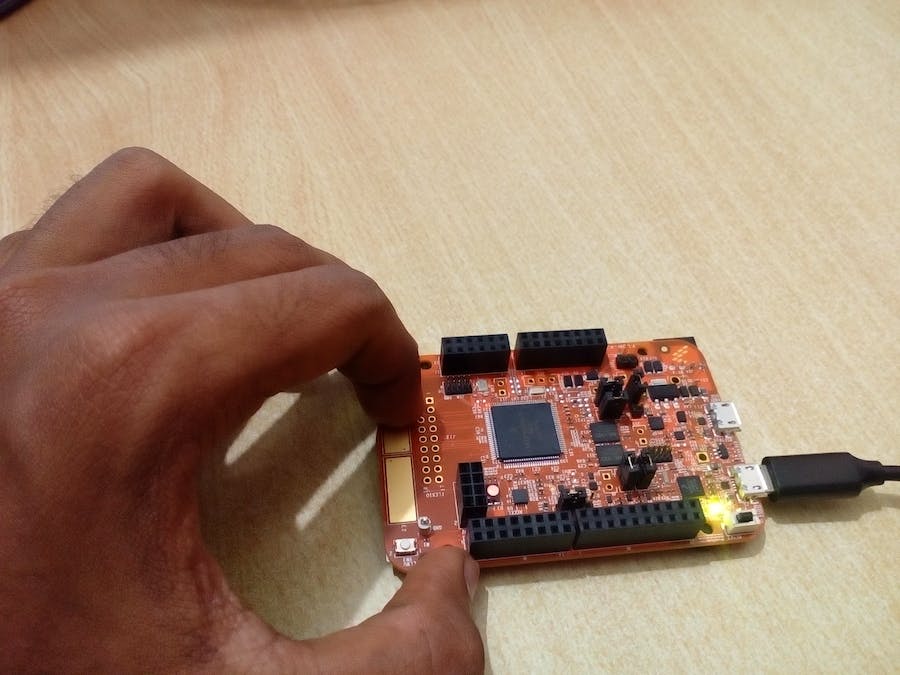 During Boring lectures we used to play Tip Tap Game in class using Scietific calculator...!!! One who Tapped the button, maximum number of time per Minute is the winner....

FRDM kinetis K82F has Onboard TouchPad so I got idea the of doing this game with it.

How I made Tip Tap Game

You can get lot of example programs from NXP sdk file or you can ask question in NXP community site.

I went through the example of Touch sensor interface program and made certain changes in it. Entire details about Touch Sensing Input is given at K82 Family Reference manual Page no.2161

You can connect up to 16 Capactive Touch pad to K82F and it is powered by Electrode Oscillator. TouchPad can be operated by both polling and interrupt methods and Low Power Mode and DMA Function Support is also available.

I made a program to get the number of taps in touch sensor and display it serially via UART 4.

I made a video on testing the Touchpad in FRDM K82F

Then made a Windows application using Visual Studio, To get the number of taps via UART and display it

I'm gonna improve this to a Multiplayer Game by using the second onboard Touchpad and record the individual total number of taps of both the players simultaneously using interrupts.

Start Building and start playing with your friends and have Fun.....!!!!!