Exploring for methane, for water and the temperature on the surface of an unknown planet.

Exploring for methane, for water and the temperature on the surface of an unknown planet. 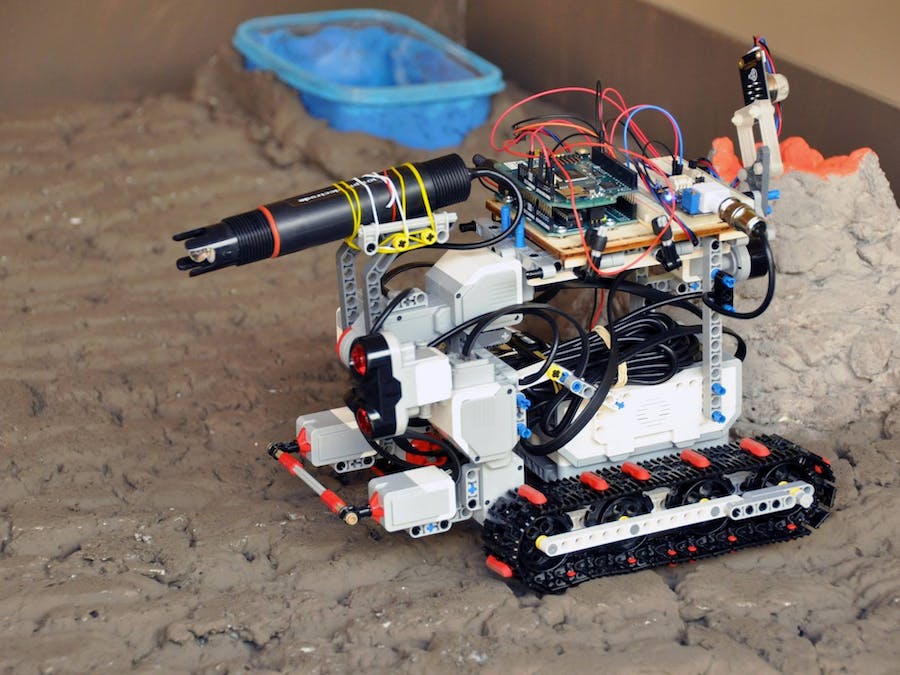 Wa.Te.x. is the project that participated in the World Robot Olympiad 2015, in Doha, Qatar, in the Open Category. It is a project implemented by the B.E.A.S.T., the Robotics team of the 7th Senior High School of Trikala, Greece

Wa.Te.x., the robot explorer, consists of two different technologies: a Lego EV3, that is programmed to move, and an Arduino circuit with the sensors for the data logging. More specifically:

1. a Lego EV3 motor, that provides and constitutes the Wa.Te.x's movement

2. two Ultrasonic sensors that catch sight of possible obstacles back and forth, like a volcano

4. an Arduino circuit for the temperature sensor, the gas sensor and the ph meter

5. an Arduino WiFi Shield for the wireless connection with the WiFi hot spot, which is a smartphone

9. a battery for the Arduino circuit

We need a real time online update of the data that Wa.Te.x. records. So, via the WiFi Shield, the wireless connection WiFi and the cloud platform Xively, the robot explorer sends in real time the data from the ph meter, the gas sensor and the temperature sensor to the platform, and they are presented in a plot form as well.

1. During its exploration, Wa.Te.x. discovers on the surface of the unknown planet two dimples with water.

2. Its mission is to check the water ph with the ph meter and to record the temperatures on the planet surface.

3. At the same time, it detects the possible existence of methane via the gas sensor.

4. Between the two dimples with water- the one of which contains drinkable water and the other one acid water (vinegar) - two very active volcanoes are located that explode, making our robot explorer's mission harder. 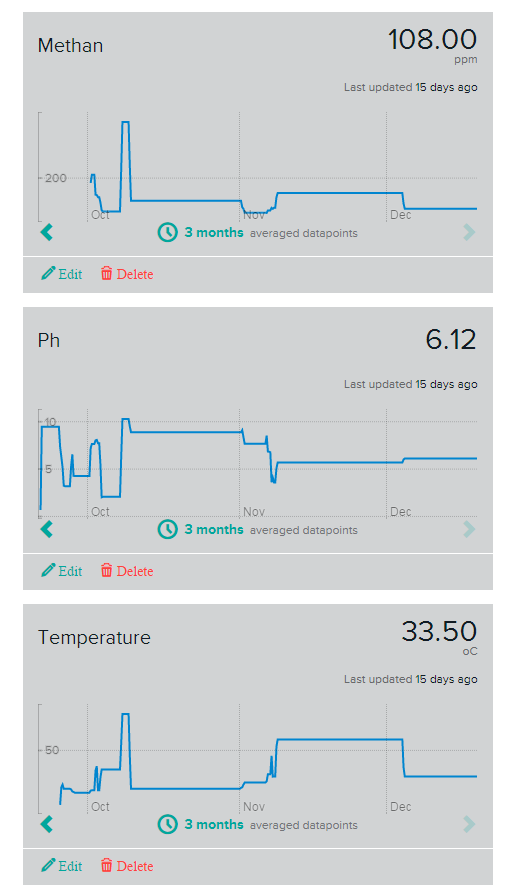