Night-Light for children (or adults) that can be managed via voice commands.

Night-Light for children (or adults) that can be managed via voice commands. 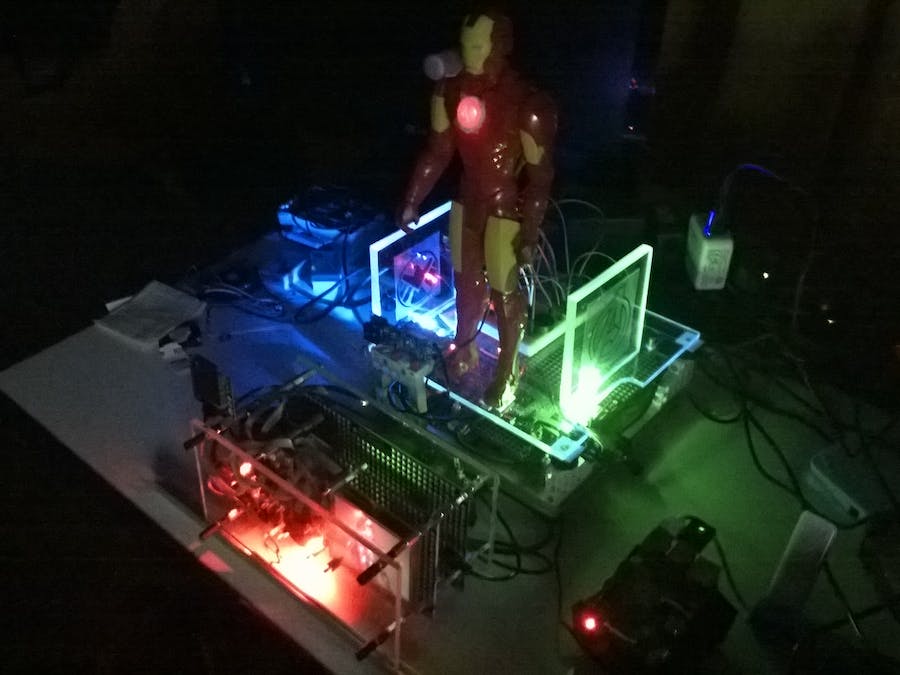 Originally this project was meant to be my entry for the "Windows 10 IoT Core - Home Automation Contest" here on hackster. Unfortunately I could not finish the project on time (it is still not finished and will be extended), but I thought I am going to publish it here on hackster anyway, regardless of the contest. And delivering late, is better than not to deliver ever.

The Story Behind the Idea

My daughter was telling me, that she was afraid sometimes to sleep in her room (she's 8 years old) if I don't leave the lights turned on. Many of you (if you have children) will know about this kind of scenario only too well :) So we (me and my daughter) decided to put this Iron Man themed night-light together.

During my tests, I realized that Windows 10 IoT Core, Windows 10 Mobile and Windows 10 for Desktop are very different in the way they handle voice-input and output. The source-code for voice input will work on the RPI2, a Windows Phone and the desktop (try it yourself), but I think I have to check additional scenarios for different device-types and how to handle the different platforms appropriately.

For the first demo of the project I made the decision to run the NiteLite app from the desktop. I had it working on the PI2 as well, using a very cheap microphone and a USB-Soundcard (later this will be the preferred device). For now, it runs on the desktop and Raspian is taking over the backend-parts.

VIM is a bit strange at first (especially when you come from a Visual Studio background), but it is one of the most versatile editors out there that I know and love for many years.

Visual Studio gives you the power of an IDE that has been loved and supported by millions of developers world-wide and that has a productivity-factor that  cannot be topped by other IDE's on the market.

Here are the programming languages and execution environments used for the different parts of the project:

I must say, that the Mono-Part on Linux worked out quite well. Using Samba to create a network-share on the PI was pretty easy. Visual Studio just had to copy the resulting assemblies to the RPI2 share and I just used putty to execute the code using Mono. Because I am not very familiar with Python, that part was not as easy to manage. However, Python is a very intuitive language and the setup of OpenCV using Python bindings worked out very well and without any major issues.

This image-series should give you a pretty good overview on how the components have been put together:

You can download the code for the project on GitHub:

The rest of the code will be published in a separate repository and made available shortly.