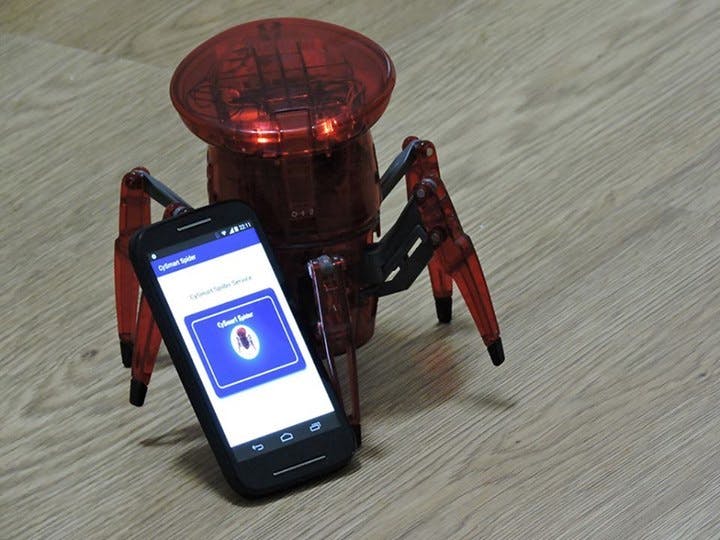 I just purchased the Hex Bug Spider XL from online store (Amazon) for 25$. It comes with small remote through RF. Using of remote we can rotate its head in all direction (360) also we can make move forward or backward.Inside the Hex bug two DC motors are used for head rotation and legs movement. The DC motors are controlled through the small circuit board , mounted inside the Hex Bug. I just removed the circuit board and replace with cypress PSoC4BLE board(CY8CKIT-142). In-order to drive the DC motors i used L293DNE Quadruple Half-H Drivers. LED's are directly connected to the PSoC4 BLE ports. 3 AA battery is used for power the Spider. 4.5v is used for L293DNE and 3V is used for PSoC4BLED board.And finally the hardware setup is ready.Software is developed with PSoC Creator.

After all set, I am able to maneuver the Spider with my android phone.Comparing to the original remote the android based joystick is very easier to maneuver it. hopefully in a future the hex bugs would come in smart way.