Easy to build pendulum to get data from an Arduino, analyze it to find the period, and connect theory with experiment.

Easy to build pendulum to get data from an Arduino, analyze it to find the period, and connect theory with experiment. 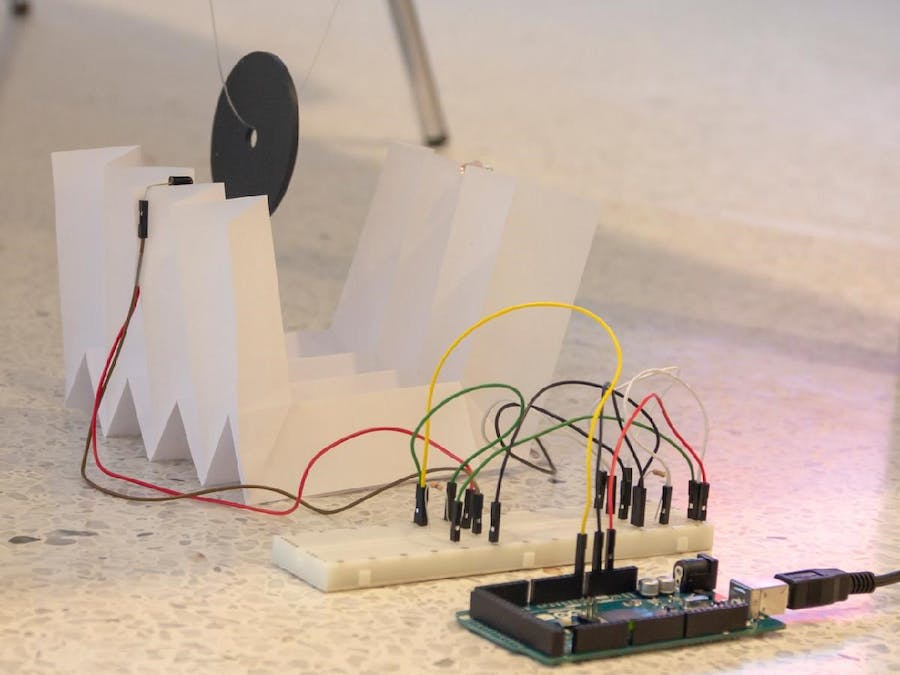 How to Build the Photo-Gate

This video shows how to make the photo-gate origami structure.

Refer to the schematics section for building the circuit.

How to Run This Project in MATLAB

You can download this project from the File Exchange and run it directly in MATLAB.

Connect MATLAB® to the Arduino®

If you see an error message, you may have already connected MATLAB to an Arduino by running the code more than once. You can simply ignore the error message and continue.

Specify the data pin on the Arduino (yellow wire in the schematic).

Define the number of samples to read.

Set the pendulum swinging and read the voltage in a loop.

Time how long it takes to read numSamples with tic and toc, which returns results in units of seconds.

If you do not have an Arduino, but would like to follow along with the rest of this project, load the set of example data by uncommenting and running the following code:

The time vector is

To find the period of the pendulum from the voltage signal, find the peak to peak time differences.

then use the vector to logically index into t and v.

Compute the time between high point samples and display the set's histogram. If the pendulum swing is slow enough, you may have multiple samples in a row that read as high points. Zoom into the voltage signal plot above to see this.

where we appended false to isGap to account for the last peak, which has no peak after it to form a gap (or valley). The t, v values of the falling edges of the peaks are therefore

The time differences between the falling edges of the peaks are

Check a histogram to see if it is physically valid to talk about a mean peak-to-peak time, i.e. if it is gaussian.

The period of the pendulum is the time it takes to complete a full swing, which includes

to form a total of 3 peaks. So, the period is twice the measured mean peak-to-peak time.

so knowing the pendulum's period and length,

we can find the acceleration due to gravity according to 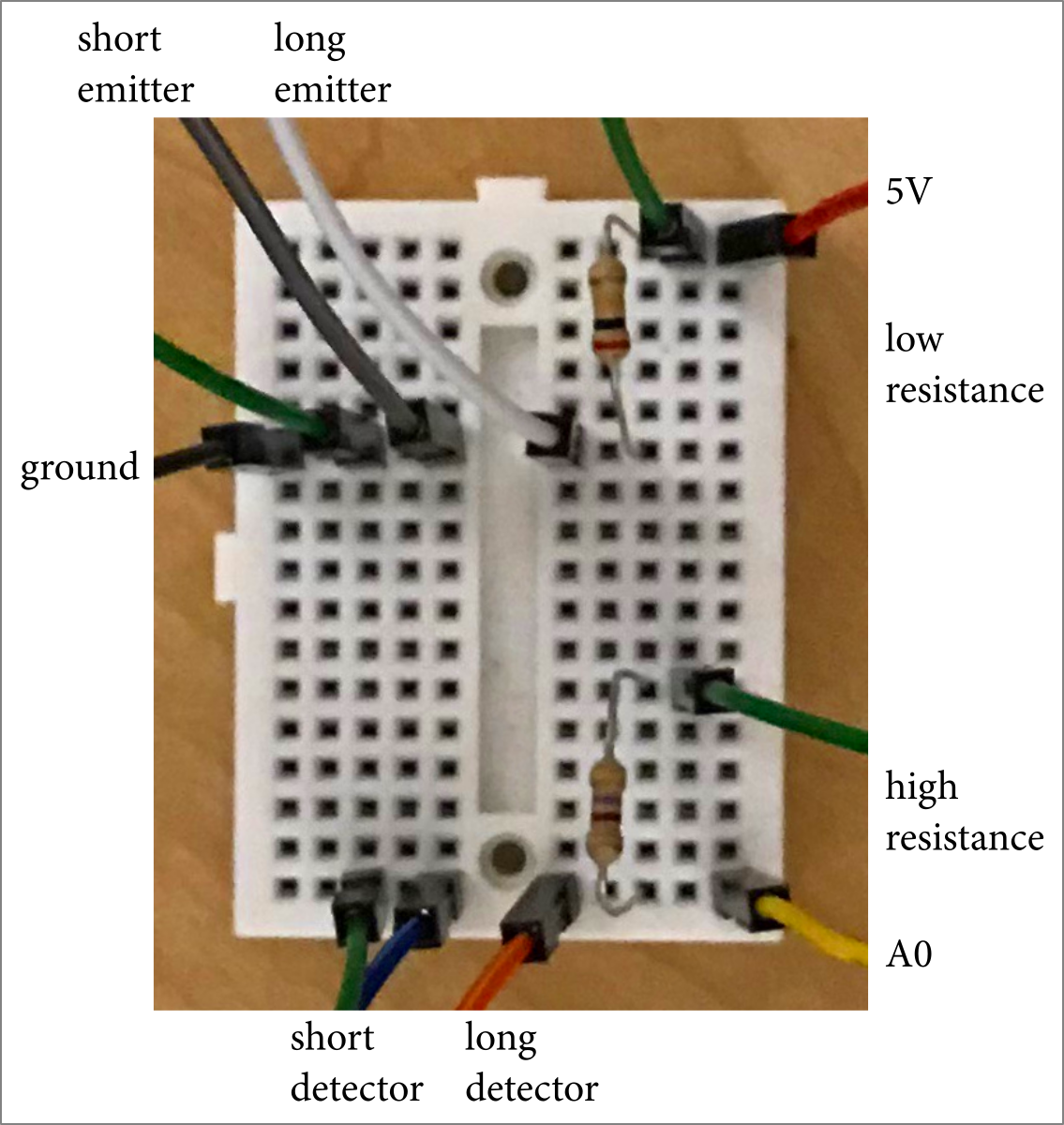 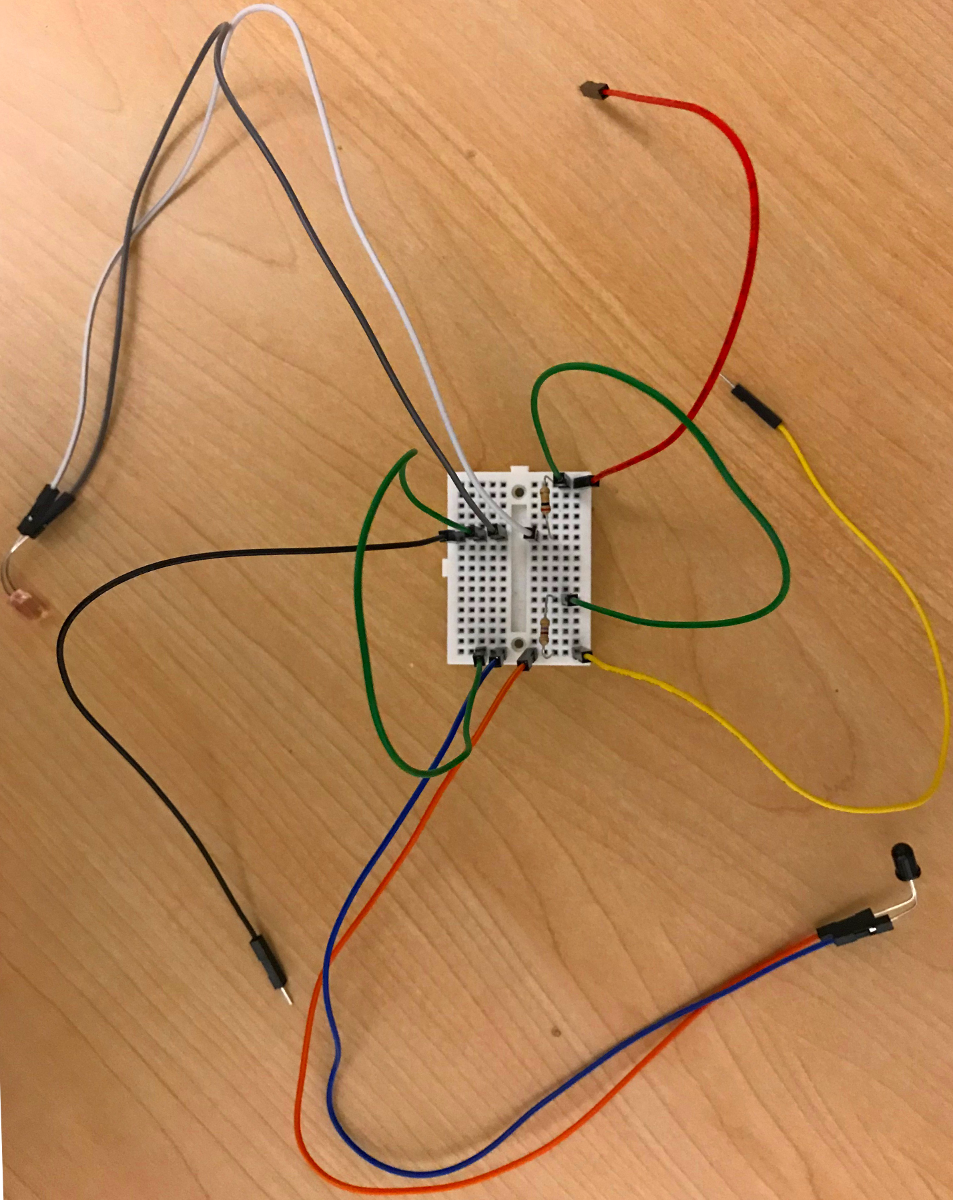 2 projects • 19 followers
I’m passionate about creating projects that engage the public with science and technology.
ContactContact