The image extraction is based on a novel algorithm which effectively works with the encoding system of the robot movement.

The image extraction is based on a novel algorithm which effectively works with the encoding system of the robot movement. 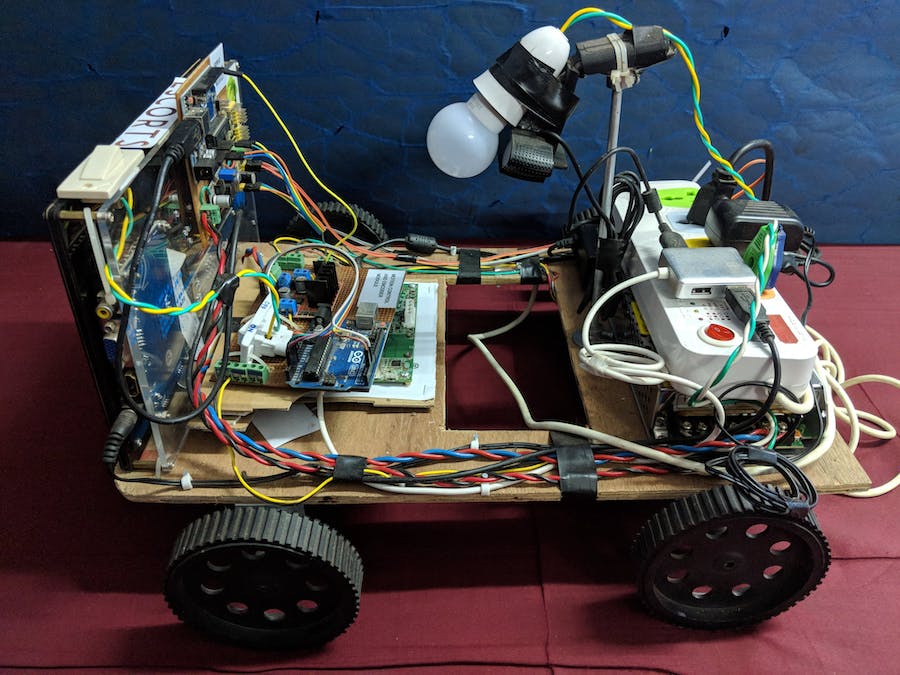 Weed management is important for increasing yield as well as it is one of the tedious operations in vegetable crop production. Because of labor costs, time and tedium, manual weeding is unfavorable. The introduction of the chemical methods of weed control has affected the growth of crops. However, the continuous use of herbicide-resistant weedicides has led to a serious impact on crops and environment. So an increasing demand for chemical-free food has led to the investigation of alternative methods of weed control. Most of the method of mechanical weeding doesn't produce an accurate result, as well as existing intra-row weeders, have limitations. This project proposes the construction and working of an autonomous mechanical weeder. It consists of an actuator which is developed to mechanically remove intra-row weeds. The mechanically weeding actuator consists of an integrated servo motor which is combined with the computer vision assisted system for detecting the crop plant locations and guiding the weeding actuator to execute mechanical weeding operations without damaging the crops. The image extraction is based on a novel algorithm which effectively works with the encoding system of the robot movement with a precision of 1cm. The accuracy of the system is found to be 93.6% using haar cascade classifier using OpenCV open source framework.

1 project • 18 followers
I love to learn new technologies and apply them to solve real-life problems. I enjoy exploring different fields of Engineering.
ContactContact