Can you control Arduino with relay via SMS? Let's solve this task with a practical Adeon demo.

Can you control Arduino with relay via SMS? Let's solve this task with a practical Adeon demo. 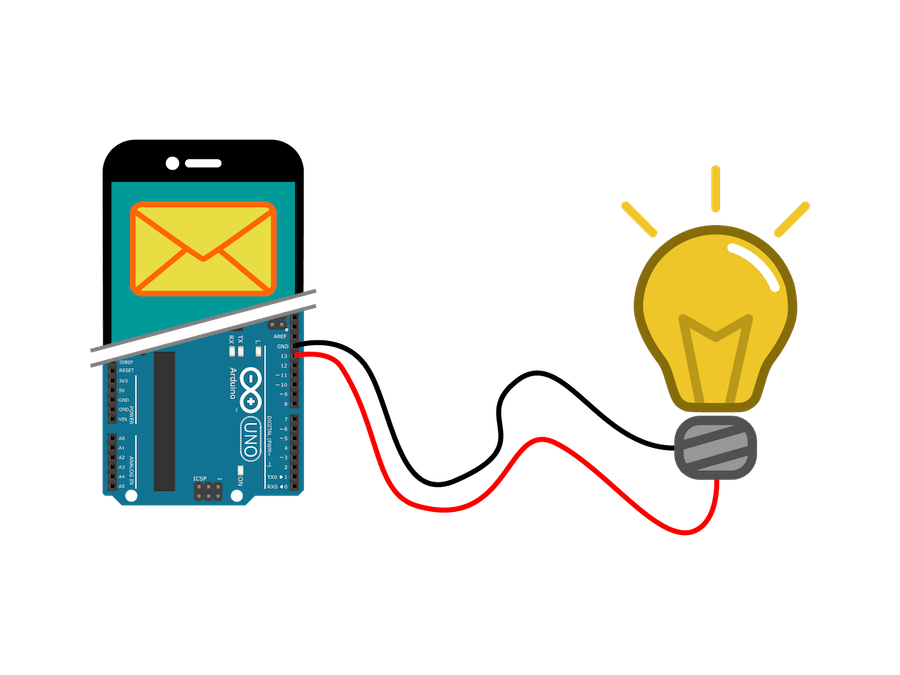 Before you start reading, we highly recommend that you read the first part of our series, which this article directly follows.

In the second part of the series about automation by SMS, we will show a practical demonstration of Arduino control with the relay module via SMS. You may ask, why are we going to control the relay module? After all, switching a relay is a trivial task - and you're right. With Adeon and the Adeon library, it's really easy and it’s a perfect starting point to explain the important features of the Arduino library. After all, relay switching is a simple but very effective form of automation. And honestly, which one of you ever controlled a relay by SMS?

The example includes the Arduino wiring diagram, module relay and GSM module from SIMCom. However, the Adeon library itself does not depend on a particular GSM module and you can use the hardware of any GSM device manufacturer. However, you have to program the communication between the GSM module and Arduino. With SIMCom modules you don’t need to solve this issue because their support is built directly in the Adeon library, so it’s easier to work with them.

Software for Arduino is also an essential part of the demonstration. The software fragments that we will discuss in this article are part of the Adeon library by default. We will describe the basic functions of the library, which serve both for communication with the GSM module and for receiving SMS messages, as well as for managing users (phone numbers) and user-set parameters.

The full code of this sample can be found here or in the Arduino IDE in File → Examples → Adeon → SIMComGsm.ino

The entire assembly consists of only three components. Arduino Uno will serve as a microcontroller. Next, we will use the already mentioned basic single channel relay module and GSM module.

The GSM module communicates with Arduino via the UART serial interface, whereby the RX pin (GSM) is connected to IC pin 10 (Arduino) and the TX pin (GSM) to IO pin 11 (Arduino). For the GSM module, it is recommended to use an independent power supply (in this case 12 V DC). If GSM is powered independently of Arduino, it is necessary to connect GND Arduino and GSM module.

The relay module is connected to IO pin 6 of Arduino.

Note for the curious: Since Arduino Uno has only one UART serial interface (one serial line), which we use for communicating with a PC, we need to create a second (emulated) serial line to communicate with the GSM module. For that, we use the SoftwareSerial library.

In order for the GSM module to be able to log into the mobile network, we will, of course, need an active SIM card with a recharged credit or flat rate. For the correct functioning of SIMCom modules, we highly recommend removing the PIN code of the SIM card (disable PIN code request).

Importing the library into the Arduino IDE

Note: In order to be able to receive SMS messages in a complete form, it is necessary to adjust the size of the receiving buffer (RX buffer) in the SoftwareSerial.h library, which is a standard part of the Arduino IDE package. The default value is 64 bytes. For our purposes, however, we need the maximum possible capacity, i.e. 256 bytes (the real value of the constant is 255 – indexing starts from zero). The constant is defined in the library header file. The file path is (in Windows OS) by default in:

Adjust the value according to the following template:

The following paragraphs describe the code snippets for SIMComGsm.ino. The example is part of the Adeon library and, as the name implies, its implementation supports communication with GSM modules SIMCom.

To make the set able to receive SMS messages that we send from the Adeon mobile app, it is necessary to enter our phone number into the program. While entering a phone number into the user list, we can determine its rights. There are three rights in total, namely ADMIN, USER, and HOST. Based on these authorizations, the software determines whether the phone number is authorized to change the values ​​of certain parameters.

Now we have two phone numbers. However, in order to be able to change/control the content of an SMS message, we must also enter parameters into the program. Parameters and their values ​​can be used, for example, to determine or change the status of a device that is connected to Arduino. Each parameter must have a unique name that makes it identifiable in the list. The parameter also includes a variable carrying the current value of the parameter (the default value is 0), which may change dynamically depending on the receipt of messages.

There are two functions for adding new parameters. The addParam function (parameter, value) adds a parameter to the list for which no function is linked. In this case, it is not specified what should happen after changing the parameter value. So we can read the value variable cyclically to decide whether to take any action. If you want to call a specific function when changing the value of a parameter, you can use the addParamWithCallback library method (function, parameter, value), whereby you enter, together with the default values, a pointer to the function which should be called after changing the parameter’s value.

Each parameter also contains information about which user group(s) have permission to change it (default is ADMIN). If you want to change the access rights of a parameter, you can use the setParamAccess function (parameter, group).

The GSM module output is controlled by the main program loop. As soon as data about received SMS message appear on output of GSM module, Arduino processes it. The output is processed in two stages - in the first stage the telephone number from which the message originates is detected, in the second stage the message text is separated from the output.

At this moment we have an incoming SMS message stored in the stack. Here are the steps:

Note : You can use the Simplerelaylibrary to switch the relays.

If you got to this point, you understand the basic functions and nature of Adeon, and you have a good theoretical and practical foundation to make it easy for you to create an application for “remote” automation. To get started, try the SIMComGSM.ino example that we discussed in this article. To make testing this example as easy as possible, you can download a mobile app configuration file from the article attachment. 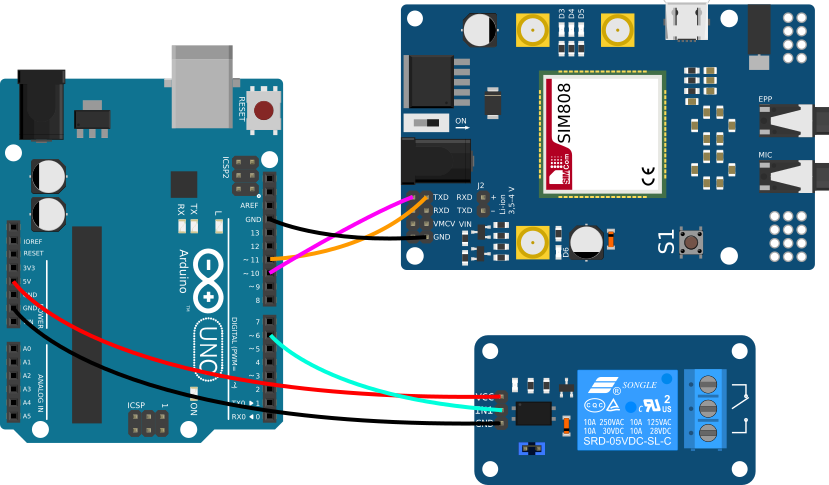