A fire-monitoring and crowdsourcing tool that will allow local fire managers to respond to wildfires.

A fire-monitoring and crowdsourcing tool that will allow local fire managers to respond to wildfires. 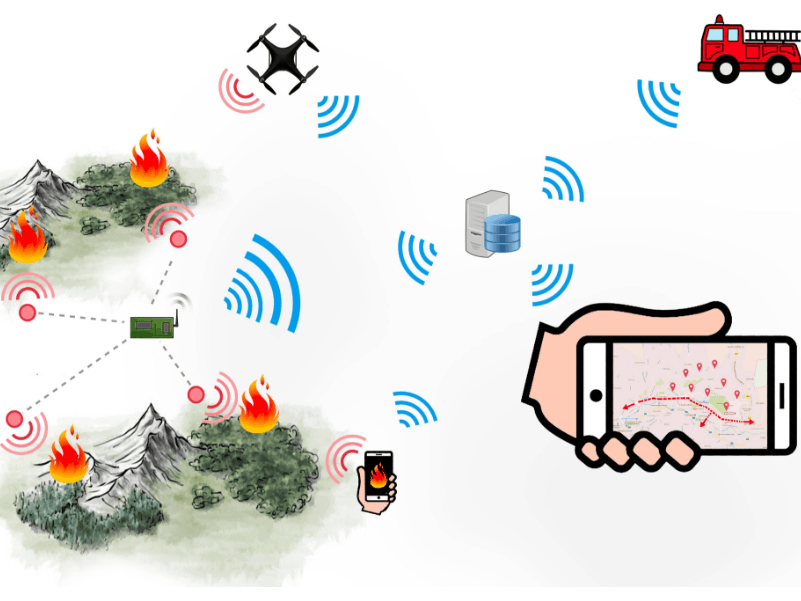 Uncontrolled blazes fueled by weather, wind, and dry underbrush, wildfires can burn acres of land—and consume everything in their paths—in mere minutes.

On average, more than 100,000 wildfires, also called wildland fires or forest fires, clear 4 million to 5 million acres (1.6 million to 2 million hectares) of land in the U.S. every year. In recent years, wildfires have burned up to 9 million acres (3.6 million hectares) of land. A wildfire moves at speeds of up to 14 miles an hour (23 kilometers an hour), consuming everything—trees, brush, homes, even humans—in its path.

Wildfires in the early stage

The most important thing in the prevention of wildfires is:

We still don't have the technology to extinguish largely spread fires, buy we are smart. We can prevent the from spreading in the early stages.

I pinpointed the locations of wildfires that occurred before, in the USA. Those are the high risk areas, where the risk of forming fires is the highest. On those locations we place our SMART WILDFIRE EXTINGUISHER.

Here is the link if you want to see for yourself NASA's FIRMS website, and check if you live in a dangerous area:

Map of the USA

By adding layers you can analyze additional effects like:

or those important factors for fire formation:

here is the link to try it out yourself:

When the locations are decided, the SMART WILDFIRE EXTINGUISHERS will be placed into clusters:

Where the green triangle is the main GPS, wifi module, which sends the location to the server. The blue circles are sensor modules with temperature, humidity, smoke sensors and an object filled with abc powder.

If a fire breaks out, and its detected by the sensor module, the object filled with ABC powder breaks and extinguishes the fire.

With this use of clusters it is easy to predict where the fire will spread, where it probably won't spread, so that safety evacuation paths are more accessible.

Additionally, for places without the SMART WILDFIRE EXTINGUISHER, there is the online app / website for reporting location where fires have started.

You capture the fire with your camera, pinpoint your location, and report it to the website.

For credibility, I created a fire detection algorithm

When you take a picture, to inform our website where a fire has started, it analyzes the taken picture and detects if there truly is fire or not.

How it works you can see on the video shown.

The fire recognition algorithm is provided below in the code section.

Life is about creating a better and safer world. 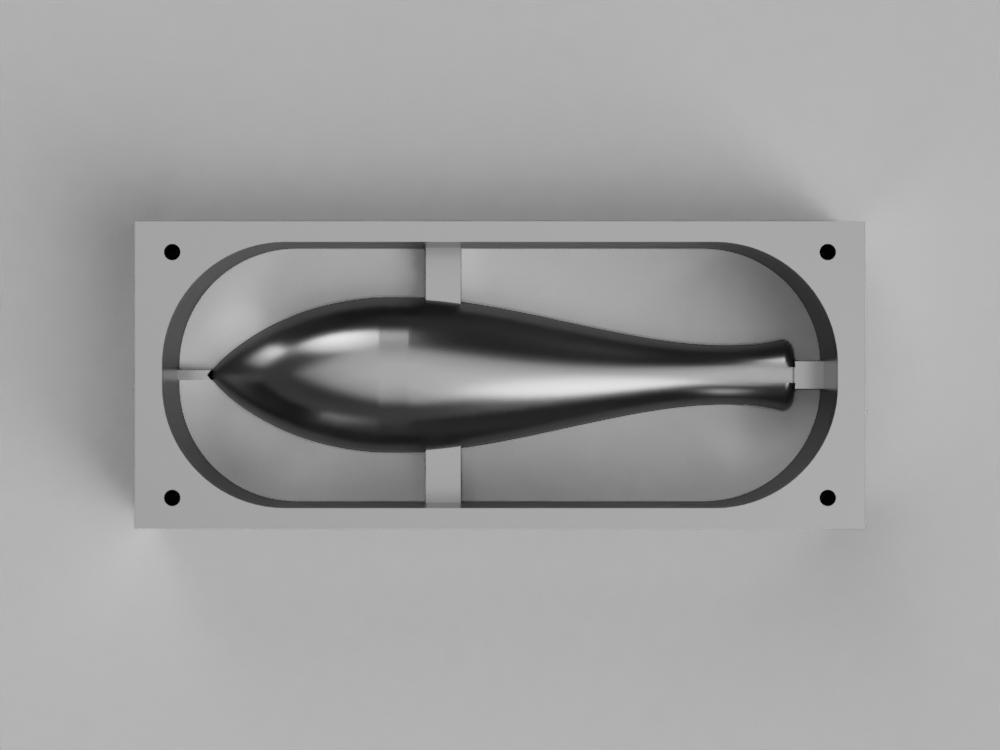 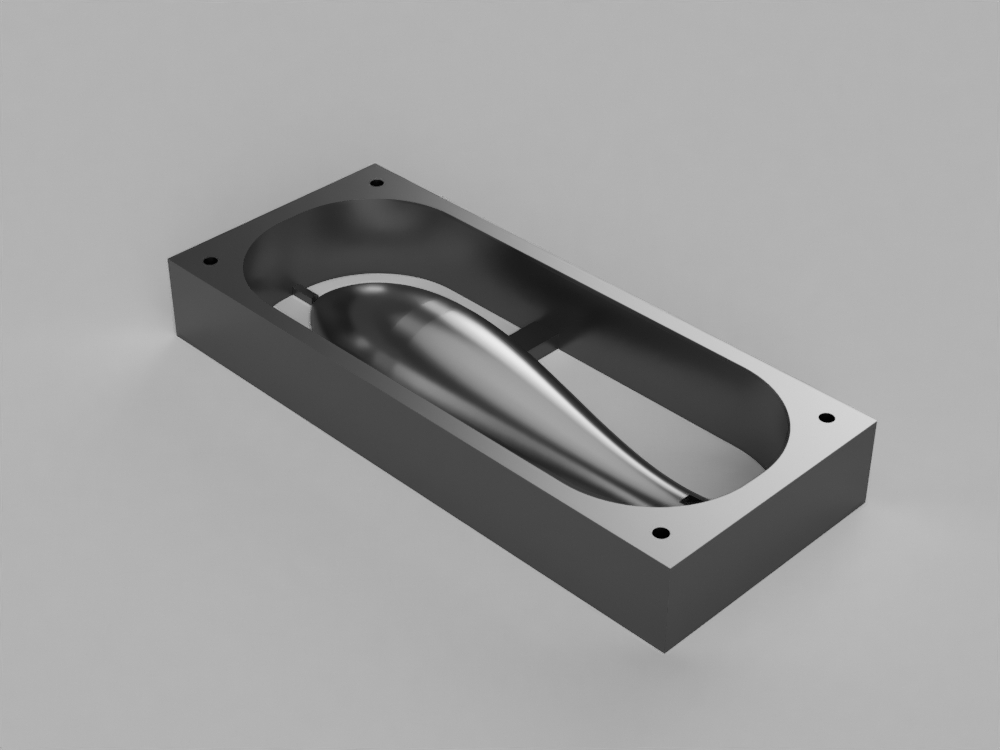 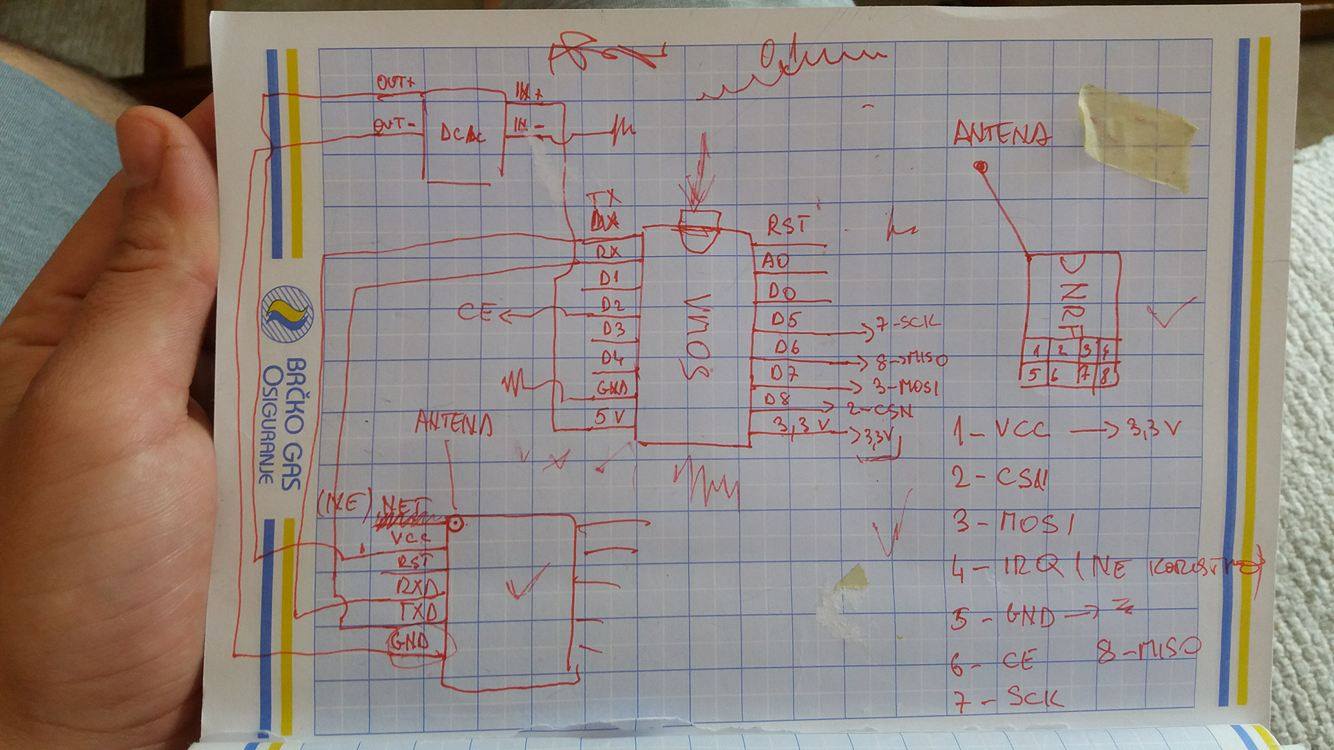