It is a miniature counterpart of radio altimeter used on commercial aircrafts to be used with RC aircrafts and multirotors.

It is a miniature counterpart of radio altimeter used on commercial aircrafts to be used with RC aircrafts and multirotors. 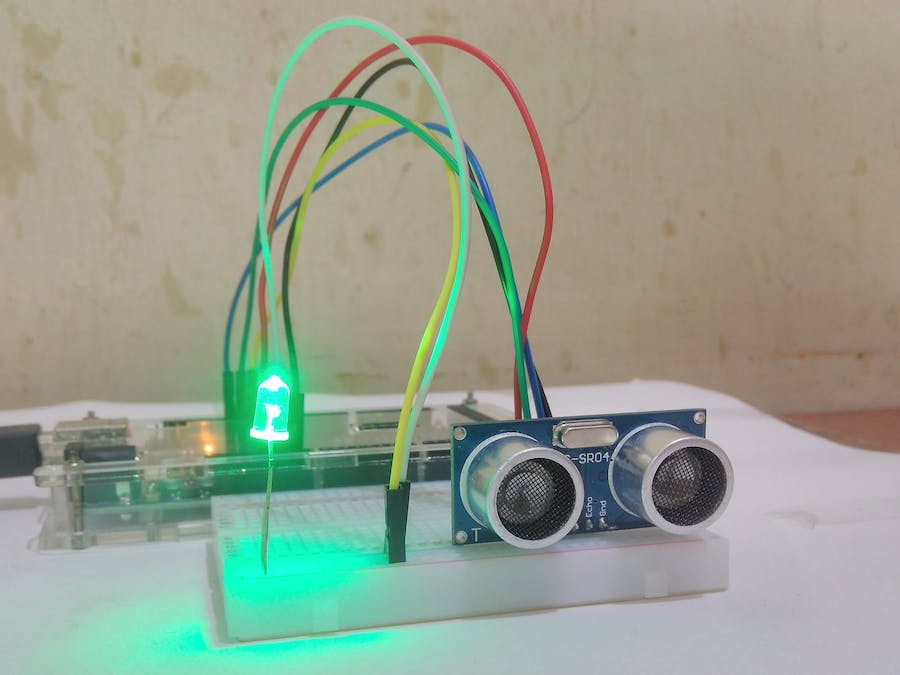 The Barometric Altimeter provides altitude with respect to fixed datum that is AMSL – Above Mean Sea Level altitude. The IMU – Inertial Measurement Units like MEMS – Micro Electro Mechanical Systems can only provide the information of attitude of aircraft relative to its axis. So there is a need for third sensor to measure height of aircraft above ground and relative vertical movement between aircraft and ground (terrain). Such system exists in modern airplanes as GPWS – Ground Proximity Warning System, which employs RAM – RADAR Altimeter to measure the AGL-Above Ground Level height. Since the compact sized programmable RAM is not available to be used with R.C. System, we should have to rely on other means to measure the distance. That way is to use the Ultrasonic Distance Measuring Unit, which is widely available and reliable in its operating range.

The falling of the aircraft can be measured by IMUs like MPU-6050, MPU-9250 and so many. But what if aircraft is in level flight at constant altitude and the ground is coming closer to the aircraft due to slope or there is a sudden step in ground like a stone or anything else, it can lead to a catastrophe. Such incidents are known as CFIT - Controlled Flight Into Terrain in Aeronautical studies. Measuring the obstacles beneath the aircraft is importance of this project. All you need to do is just attach this system on aircraft and place the Ultrasonic sensor under the aircraft facing downwards towards land.

The theory of operation of echo location is simple :

Circuit Diagram for Arduino UNO - Made with Fritzing

Note that the code is fully compatible with Arduino MEGA without any modification and so same pin numbers as of UNO.

Note that we have considered the range of 0 to 1 meter above ground for achieving above noted goals in following codes. However, you can extend your range up to the reliable operating range of your Ultrasonic distance measurement sensor which is generally up to 4 meters.

View of the system for testing purpose :

Code for Height - Brightness of LED

Code for Rate of Change of Height - Blink rate of LED

In above sketches, the pin 9 is attached LED.

Note that above code for rate of change of height is very fine tuned to measure very slight descent of aircraft downwards, you can change the sensitivity by changing the values in map function in above code, but proceed with keeping reality of flight in mind, where it is most essential to measure even the slight descent of aircraft which may result in free fall further and then crash.

The setup shown in videos is for testing purpose only, it is not mounted under an aircraft !!

a is speed of sound, γ is adiabatic index, R is Gas constant, T is Temperature of gas in Kelvins.