A Conway's Game of Life running of an Arduino and displayed on the 32x16 RGB LED matrix.

A Conway's Game of Life running of an Arduino and displayed on the 32x16 RGB LED matrix. 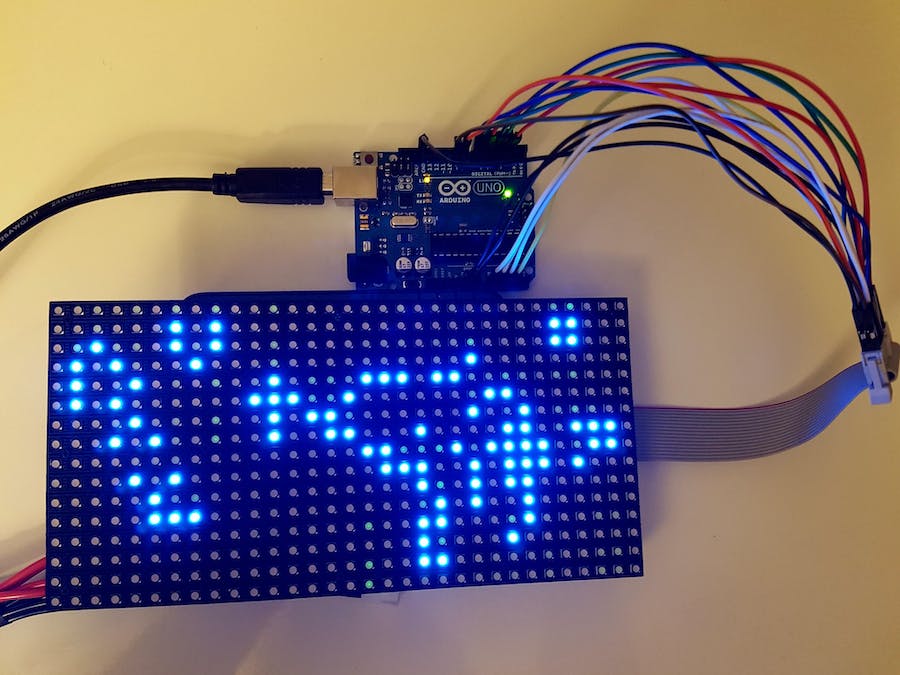 The idea was quite simple: creating a Conway's Game of Life base on Arduino and displayed on a RGB LED Matrix.

Thus the 32x16 LED Matrix is quite small, you can display random pattern and let it lives or display some nice patterns as the QUEEN BEE SHUTTLE or some oscillators (36P22 for instance).

I quickly recall the rules of "the game":

For more information about the CONWAY'S GAME OF LIFE you can refer to this links:

For more information about the LED matrix and how to use it check this link:

So I begun with a simple code printing the Game of Life in the Serial Monitor. It has been used to code and debug it. I quickly moved to the LED Matrix displaying which was nicer. Here you can see the result with a random initial population and then a nice oscillator the Queen Bee Shuttle:

The main problem I had was the memory. The Matrix needs a lot of it and I wasn't able to make both (the game and the matrix) works together. To solve that I'm using the EEPROM memory to store the buffer state between two generation. It slows the displaying (the video are accelerated) but it works.