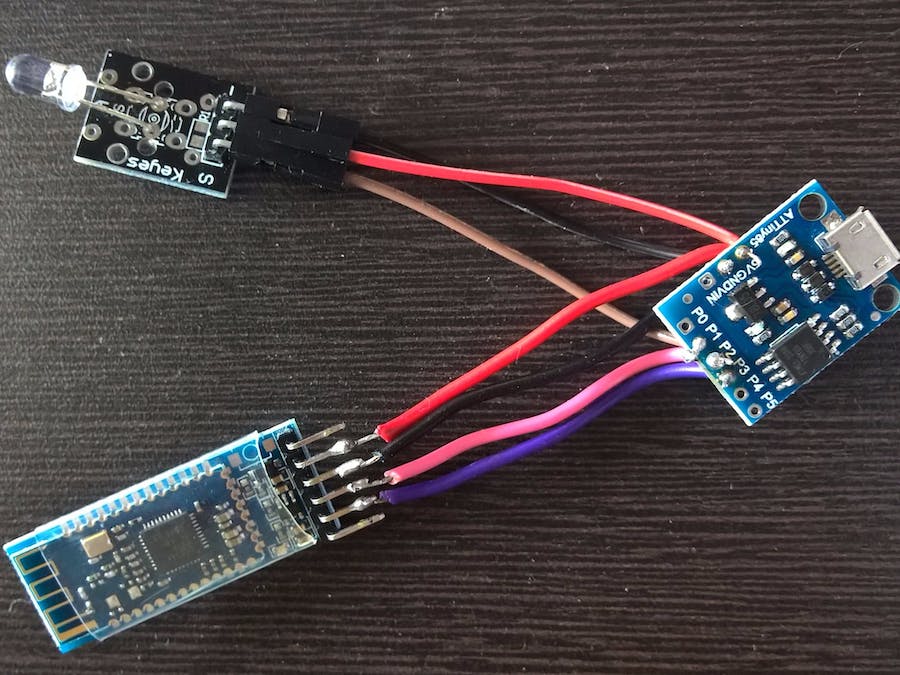 One of the reasons to take this direction is that Digispark (ATTiny85) has very less memory, so I cannot save a set of commands on it, thus it made sense to send commands via BT. From previous experiments, I learned not to 'solder' things to P4 of Digispark since it creates problem with USB programming (USB-), I instead used pins P2 and P3 (USB+) for serial communication with Bluetooth (CC-41A, HM-10 clone) and P1 for IR data.

This whole setup can run on 5v output from Digispark board.

I can connect from my Controller program to this device and send HEX commands that I learned earlier. 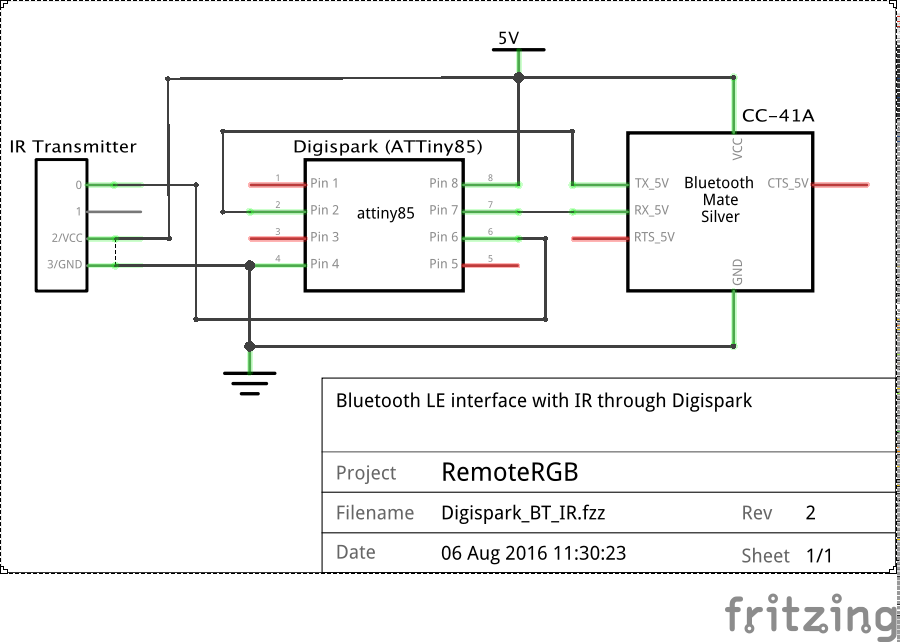