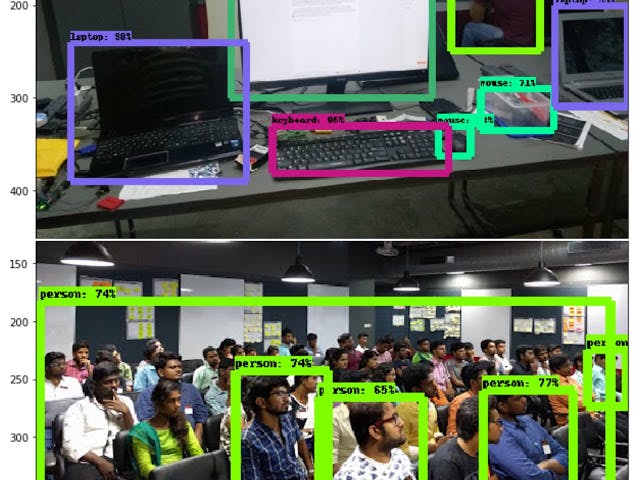 Hello all! After working with Face to Voice for the visually challenged and tried to make it a product. But a question arose inside me. Recognizing a human is fine. But what if other objects were around them? Simple, they ask the person nearby what's around them? Yuk! That's not going to happen while the world has electronics hobbyists like me. So I've created a system which can differentiate the objects in real time, and most importantly it should be portable.

As always, Raspberry Pi is the heart of the system with Raspbian Jessie used. Thanks to Google tensor-flow API, which is an opensource library for Machine Learning, they have COCO - Common Object in Context. Lots of models set are available in the tensor-flow. I just utilized a basic model sdd_mobileclient_v1, for testing out the performance and observing its speed. Further, I'm working on perfecting it as a product.

I'll work on improving the speed of processing on the Raspberry Pi and embedding an audio out to it. Bye for now!