Finally! A flight data recorder for skydivers. Get feedback on flying habits and increase your odds of finding your cutaway main canopy.

Finally! A flight data recorder for skydivers. Get feedback on flying habits and increase your odds of finding your cutaway main canopy.

All I do is win win win no matter what

The Hackster team kindly selected this idea to receive free hardware. Unfortunately, they also select the most unreliable shipper; non other than USPS, to deliver it to me. I went home during lunch break on delivery day just to receive the package. USPS claimed they delivered it to my mailbox at that exact time. I could not find my package in the mailbox or even in the leasing office. I called the post office and they said they conducted an investigation, but that was a lie as you will see later. I spent hours on hold waiting for their customer service.

I am not exaggerating

Days went by and reality started to set in. I decided to use Raspberry Pi Zero W in my project instead of Spresense. Half way through the project and there it is, in the leasing office, waiting for me.

I was told that our regular mail person was on vacation and the goofball that showed up that day just went in the mail room in the leasing office and tossed the package in the very back then marked it as delivered to the mailbox outside.

Water under the bridge.

I'm not gonna quit on my Pi now so I had to finish that project.

I used XGPS 150A by Dual Electronics. Long story short, The GPS device transmits coordinates via Bluetooth to the Pi once every one second. My issue with that is a lot can happen in one second when you skydive. Dual claims their firmware update can get that up to 5 times per second, but I have yet to witness that. Don't waste your time and money, their support is pretty useless.

Now on to the real project.

"Using Spresense, I will log GPS data for further analysis". That is what I proposed as an idea to win free Spresense not knowing they already have that as sample code. I thought it was lame so I built two other Spresense projects before I got to this one:

Speed Warning - A Gift From the Future

Testing On The Ground

It is hard to get reliable GPS signals indoors. I used Serial USB Terminal app on my phone to read GPS coordinates outside.

Testing In The Air

Took my bird for a short flight then reviewed the data on FlightAware.

Compared this data to what has been saved on the Micro SD card by Yury Landoff (that's his name now). Unlike Yury, I am an American. So, I had to convert the speed from m/s to mph and altitude from meters to feet (it makes perfect sense). Obviously, Yury had a lot more data points than FlightAware so I filtered out the blanks.

I kept the number of satellites in the last column to indicate the reliability of the readings. Not a huge difference in values between the two, but the altitude is a little off.

LET'S NOT! That is one thing you won't hear any skydiver say. Flew to one of my favorite Drop Zones and did few jumps with Yury.

I selected one of the jumps to show altitude and speed over UTC time after removing inconsistent values.

I compared that to ground track relative to UTC time.

Full disclosure, all these readings have been taken with Yury facing down to the ground or forward, but not up like previous readings in my plane. He was also inside the black pouch and on the way up inside the DZ plane. 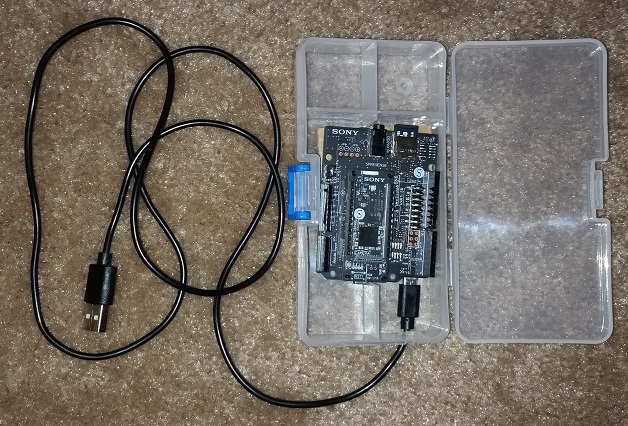