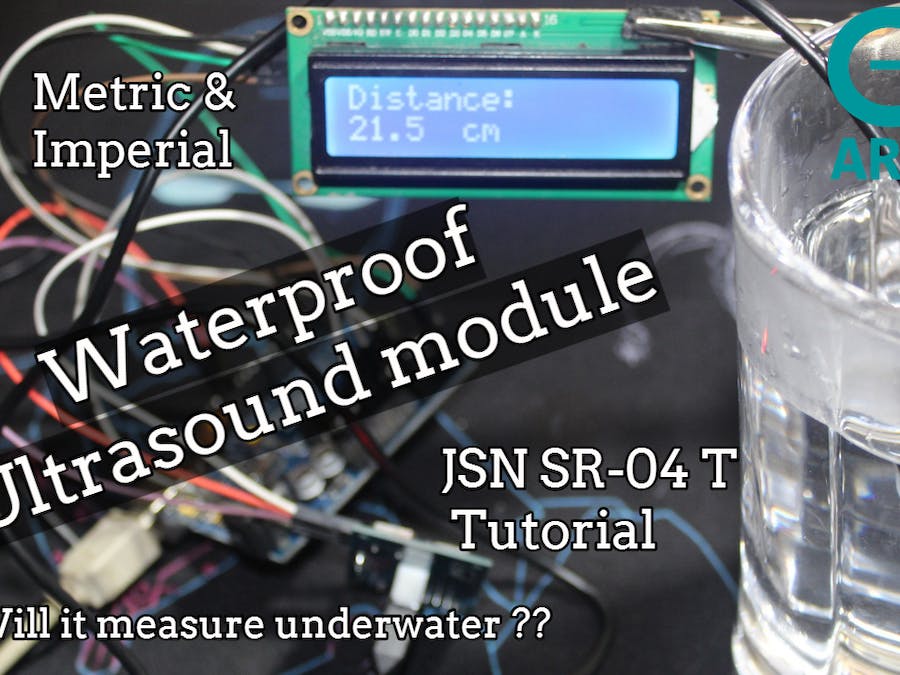 Hi, in this tutorial I'm using JSN SR-04T waterproof ultrasound module to measure distance and display it on LCD I2C (in metric & imperial units), and I'm using the 2.0v which is as I read on some places "is unstable, and better to use v1.0"... Well if you want it to work correctly, don't use the "NewPing" library.

This module is waterproof, it's good for outdoor or for a parking/reverse sensor project. As I tested it doesn't measure distance underwater, if I did it wrong correct me.

This module doesn't measure under 20-22cm distance, the one I used measured up to 4.46m as maximum, the module worked after being put in water some time.

I don't think this module was mean't to measure underwater but since the probe was waterproof I tought I should give it a try, and as you know the ultrasound modules sends soundwaves and they reflect back, in the codes that don't use the "NewPing" library you'll a line where you divide the duration by 58 to get the distance.

"58 represents an assumption that the speed of sound is

and since the speed of sound in water is around 1498 m/s, I did some quick math to get the 13 instead of 58, and uploaded the code but in water the distance value is stuck on 93-94cm.

Probe is in the bathub
Read more 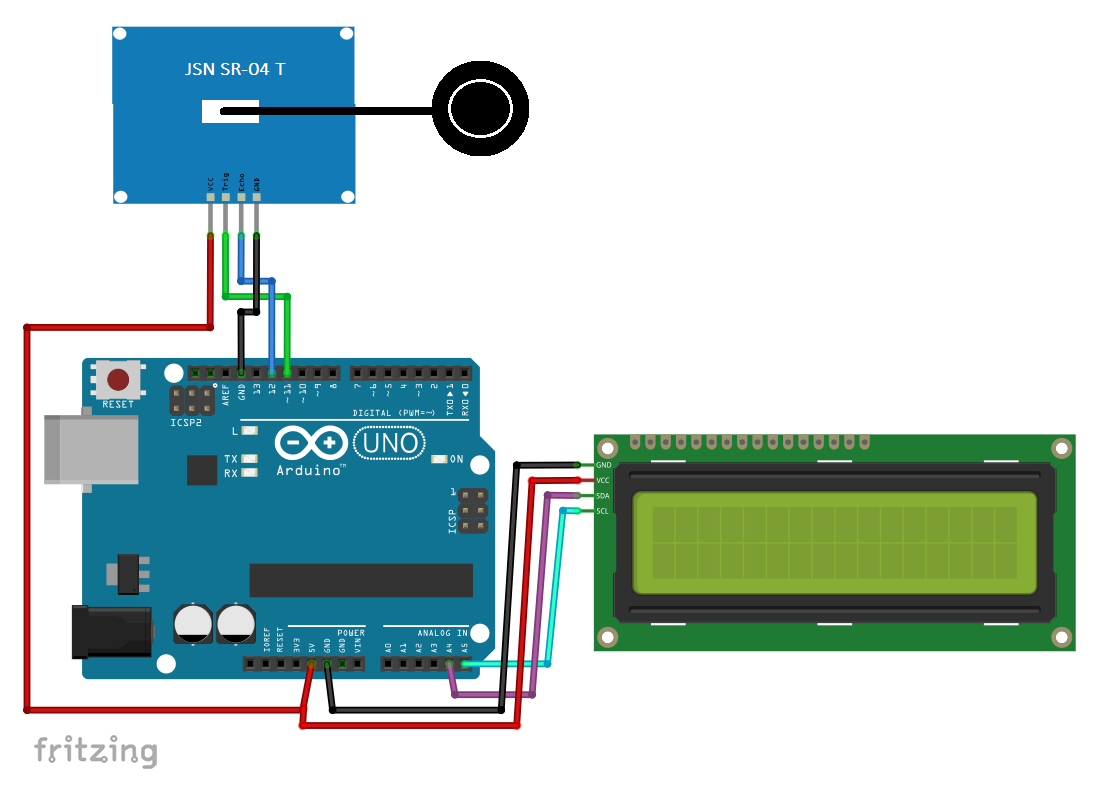 9 projects • 123 followers
YT Channel bit.ly/35Ai76l, run by Automation and Electrical Engineer, Electronics amateur, no IT background so you may see wreckage in codes
ContactContact