This project enables the user to operate a laser at any given point wireless using a smartphone application.

This project enables the user to operate a laser at any given point wireless using a smartphone application. 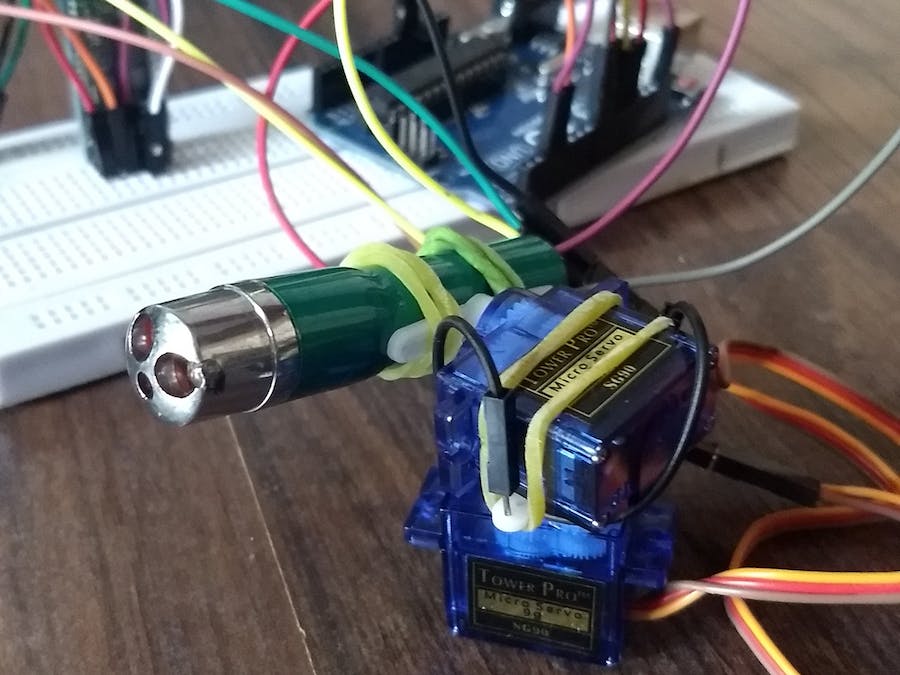 This model is Bluetooth operated which requires a Bluetooth module and any Bluetooth interfacing smartphone application.I am using the application "Arduino Bluetooth Controller," which is available free for Andriod. The link is given below:

After downloading the application, select remote control. It requires configuration of the buttons.

The configuration is as follows:

After the buttons are configured, the smartphone can be paired to the Arduino circuit.

In the schematic, I have used an LED and a resistor (220 ohms) in place of a laser diode (as I was not able to get any LASER diode on the search list). 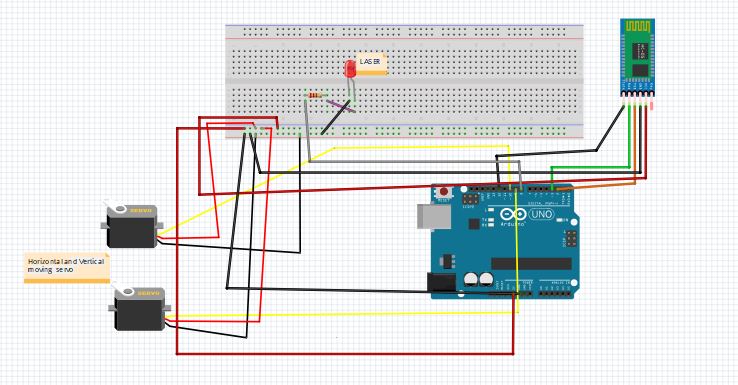 0 projects • 2 followers
Currently pursuing my B.Tech in Electronics and Communication in SRM Institute of Science and Technology.
ContactContact