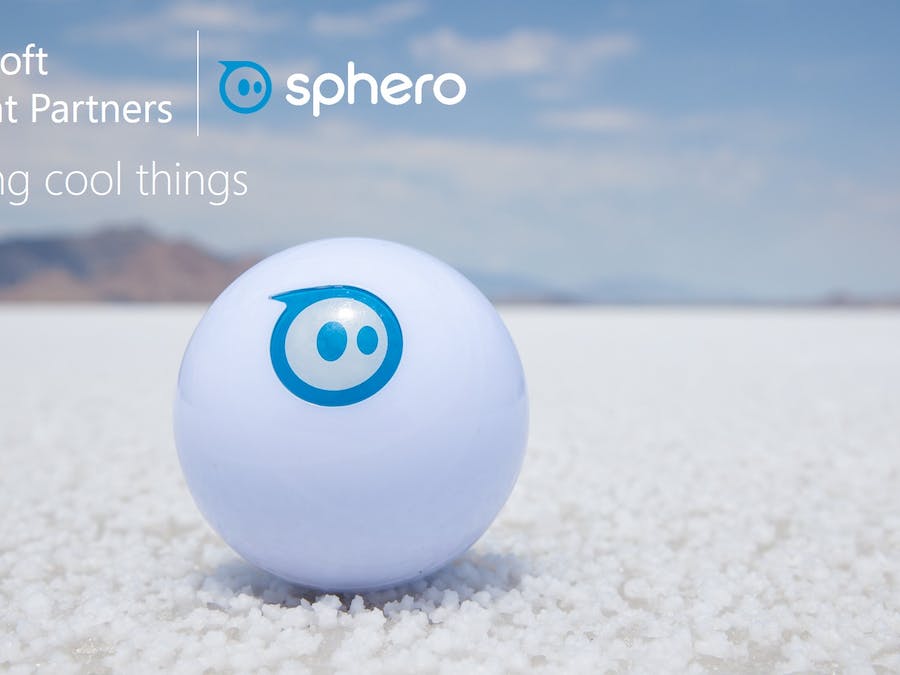 I've coded for the Sphero in the past using the Node.JS SDK, but this is my first time working with the Sphero's Windows SDK.

I played around with the SDK and it feels pretty similar, although it seems like it is missing some features that are present in the SDK for other platforms.

For the project, you will need:

Creating the initial project! I created a very unfinished UI for the program. You can connect two Spheros to the program. One has the "master" role, and the other has the "follower" role.

Turning off stabilization required a bit of witchcraft. The Sphero Win-SDK doesn't contain a function for it like the SDKs for other platforms do. It does, however, have a function that sends a raw message to the Sphero. It uses this function to build the other functions (like rolling or changing color). I dug around the SDK for other platforms and found the proper message to send to the Sphero. After building the message, it works!

The follower Sphero can have its heading (rotation) set in the UI.

You can now actually control the follower Sphero using the master Sphero! It works like a joystick steering a car (tilt the master forward to make the follower roll forward, tilt it right and forward to start rotating to the right while rolling forward, etc). It works best if you put the master in the charging cradle (unplugged) and rotate it inside of the cradle. I'm still working on figuring out what values work best for the maximum speed and turning. I may switch it to work more like the digital joystick in the official Sphero app instead, but I haven't decided for sure.

In addition to fine-tuning the controls next week, I also would like to make it so the master Sphero says how fast it is going to make the follower Sphero roll by changing colors. (Red for slow, yellow for medium, and green for fast.)

The project is mostly finished and functional. As part of the requirements for the MSP Sphero Pilot, a use of Microsoft Azure was included. I replaced all the debug messages with Azure Application Insights. It was incredibly easy to do.

Since the movement is relative to the master Sphero, I added a calibration setting that works fairly similar to the one in the official Sphero application.

Next week I plan to add a color picker and to make the master Sphero shake when the follower runs into something.

The project is finished!

There is a toggle to make the master Sphero shake when the follower runs into a wall. This can also get triggered if the follower hits a bump. If you use this feature, you will need to calibrate the master.