Instead of programming CY8CKIT-049-42xx PSoC 4 through USB, program it wirelessly via Bluetooth-UART link with HC-05 module.

Instead of programming CY8CKIT-049-42xx PSoC 4 through USB, program it wirelessly via Bluetooth-UART link with HC-05 module. 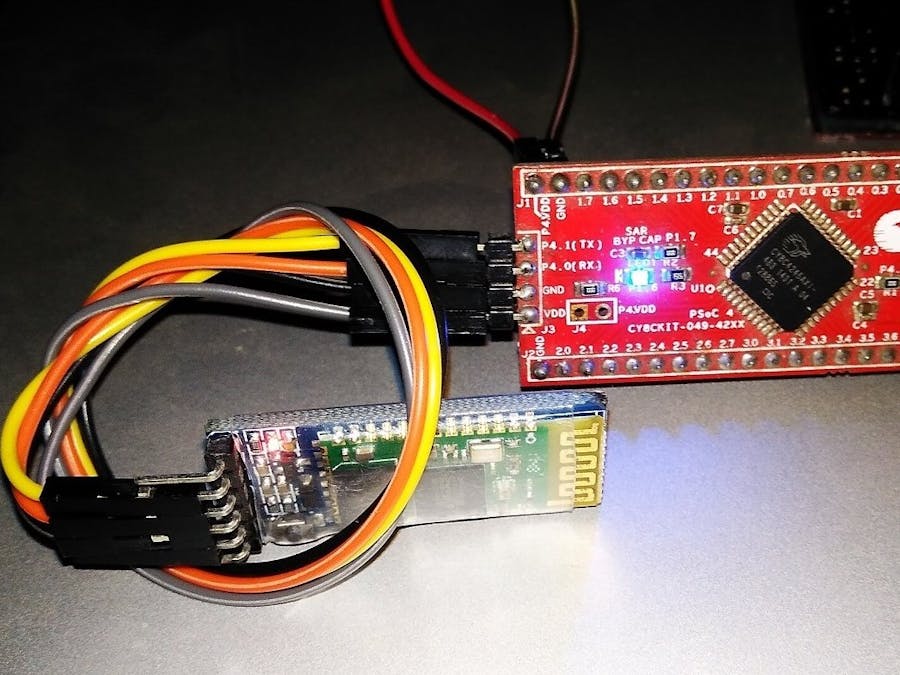 The CY8CKIT-049 is a 4$ prototyping kit with PSoC chip from Cypress Semiconductor based on ARM M0 MCU. It has following features :

The first part of the kit is an USB-UART module which serves as a programmer. The Second part has CY8C4248AXI-083 PSoC chip (ARM M0 MCU), which comes with UART Bootloader allowing it to be programmed over UART protocol.

The problems I faces while programming this kit in some of my old projects are :

I was annoyed and stopped using these kits for a while.

Solution to the Problem

The Solution is very simple:

Now apply following AT commands in the Arduino serial monitor one line at a time and press send. Other Serial Terminal such as PuTTy will also work.

This will change the baud rate of HC-05 to 115200, which is required for programming the main part of the PSoC kit .

Now connect the HC-05 to the main part of the CY8CKIT-049 which has the mcu. See Schematic below for details.

Connection between PSoC4 and HC-05 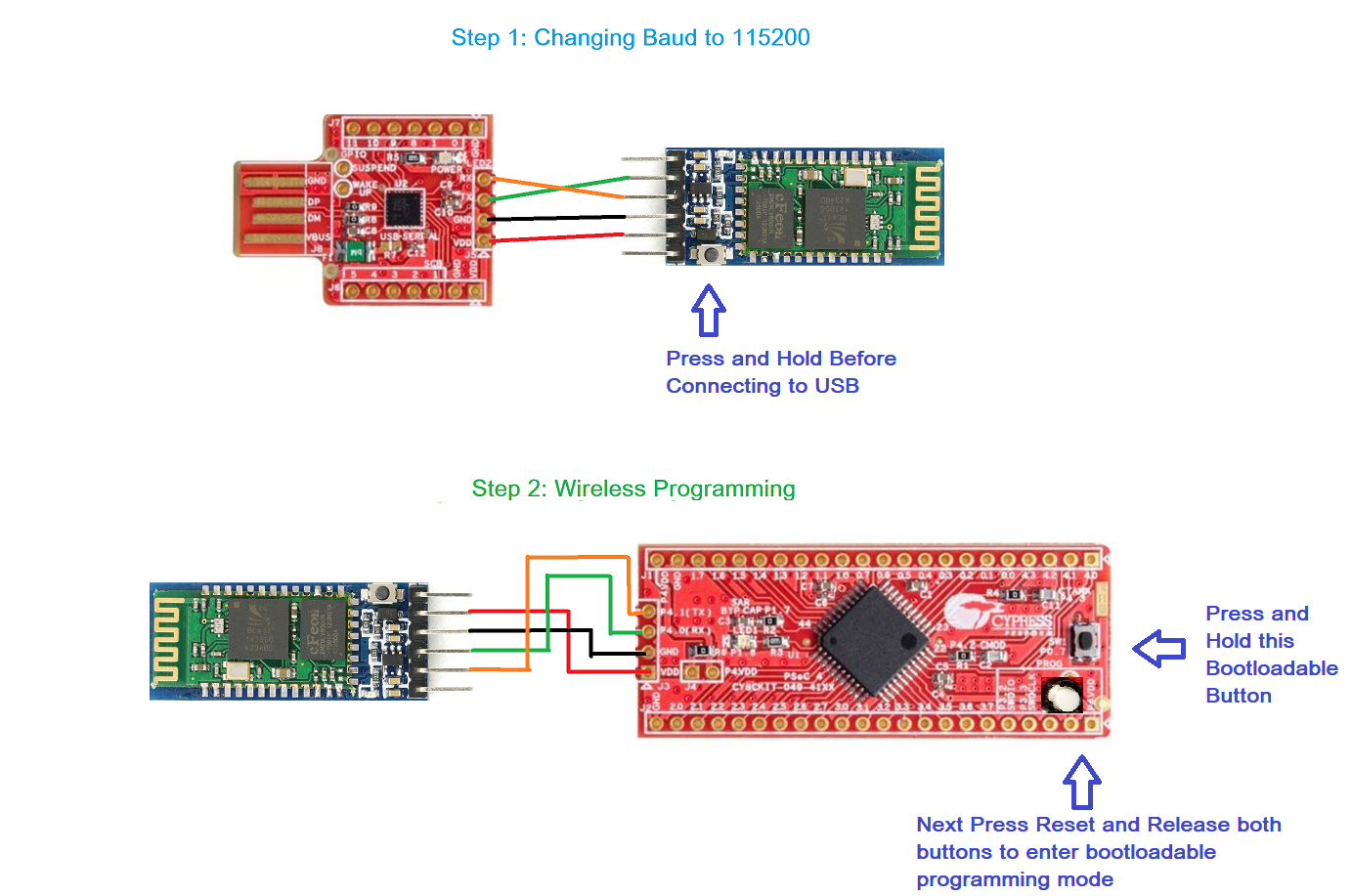 48 projects • 158 followers
"What Kills a 'Great life' is a 'Good Life', which is Living a Life Inside While Loop"
ContactContact