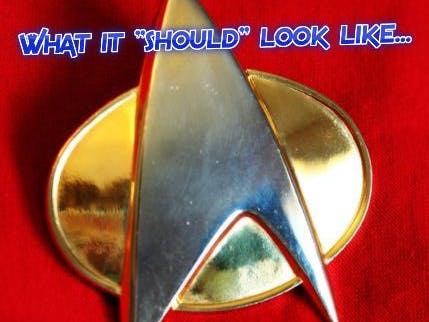 I have always dreamed of having the same basic technologies that the people in the Star Trek world have. Who hasn't dreamed of turning on their TV by saying "Computer! Turn on the TV!". What about creating your own cup of coffee (along with the cup!) with the replicator. Of course, nothing compares to walking into a holo-deck and just go on a virtual vacation to where ever you want. You might say some of these are sort of achievable already. Voice activated platforms like Cortana allow us to develop applications that can interface with real life appliances (see my other project about voice command activation of any IR capable appliance). 3D printers are getting better in terms of quality output and the types of material they can print with (although I probably won't be ordering a cup of joe from a RepRap anytime soon). VR goggles are getting so much better at tricking our brains into an immersive alternative reality.

As exciting as all these different technologies are, nothing is more relevant and useful for me than the Star Trek communication badge. A standard issue device the size of a tiny badge that they pin on their uniform. It's UI is extremely simple and elegant. A single tap to communicate with anyone far away. It is context sensitive to the user that it knows exactly who you want to talk to without having to provide a unique identification (I assume there is more than one Scotty on the starship USS Enterprise). My favorite feature of the communication badge is language translation. The Star Trek universe has solved the problem of communicating with aliens by auto translating what they say to the native language of the target audience. It also translates back to the wearer's native language what they hear from other people, errr, aliens. I would like to think that this simple looking (yet complex) technology prevented numerous wars and conflicts across the galaxy; saving millions of lives. I also think Roddenberry came up with this elaborate technology so that he only needs to write all the Star Trek episodes in english; saving millions of dollars.

What I plan to achieve with this project is the same awe and wonder the universal communicator has given me in my childhood. It will undoubtedly be bigger and heavier than a tiny badge, slow and laggy unlike the real time translations of the original and most likely cause multiple conflicts (maybe even a war?) due to your message being lost in translation. Let's boldly go where no translator (for good reasons) has gone before!