This robot took part in a competition and solved the maze.

This robot took part in a competition and solved the maze. 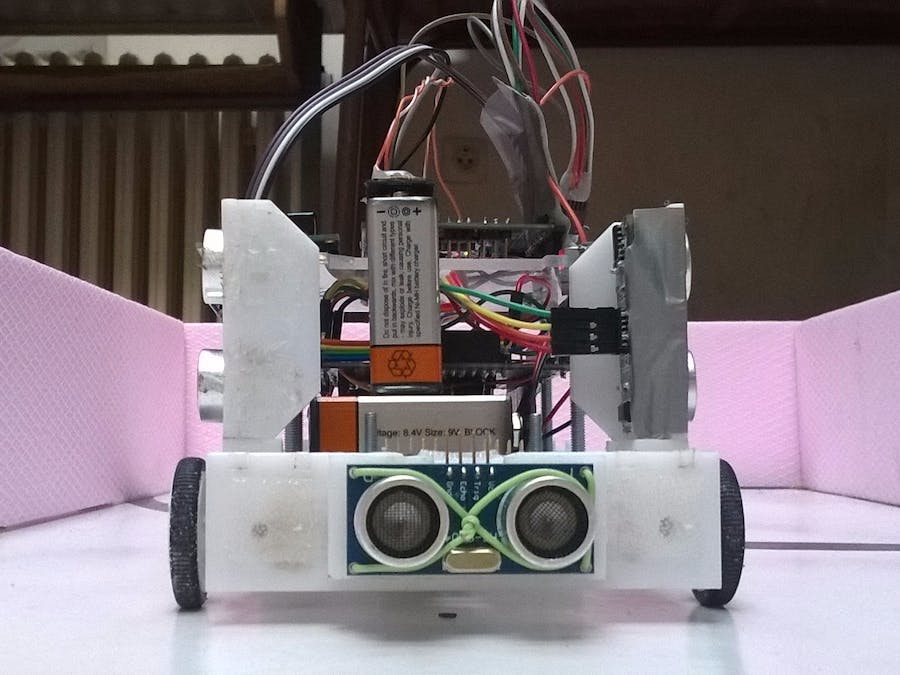 PoliArdo Arduino robot is designed to compete in pogramiranju robot. The robot has three versions of appearance, each designed for a specific task. We will show you where the task robot solves the maze.

The robot is built with:

What we present the final version of the robot. Of course, when concluding we tried turning sensor,s moved the components and came to serious results, you'll be able to see below.

First we need to imagine, draw a robot. How will the robot where we will look to place the motors, control units, sensors and other components needed to operate the robot. In SolidWorks, we made an initial appearance of robots and sent to laser cutting.

We started to learn to move on the given coordinates and self-supporting wall. Slowly we were preparing for the tasks that await us. Gave way to various problems robot he found a hole in the wall, did not have engines feedback - we manage them on time, the sensors are giving illogical feedback. Like every beginning it was very difficult, but we never gave up. We have found solutions.

Our batteries are very quickly consumed, due to the capacity control units were not allowed to put a stronger battery. Most often it happened that amperage quickly falls to zero. We installed a voltage stabilizer 7806 and worked with stronger batteries.

As is already known ultrasonic sensors operate on the principle of radar. Sends audio signals that are reflected from the object and returns back and this time supposed to be a signal to go and return is calculated as the time and distance itself is obtained by the time divided by two. First we set the sensor in a horizontal position because that is the basic position and we thought it would be a good show. We were wrong. So turn the sensors are good for measuring the distance while standing robot because its scope to capture 120°.

Therefore, when tracking, the wall was badly registered by the same distance. We tried to angle sensors placed against the wall. We turned it parallel to the wall but at an angle of 45°, 30° and 60°, but nothing significant has changed.

We found the solution!

We turned vertically or sensors so that component that sends a signal down is the one that receives the signal up.

Because it is a signal range of lines and measured the exact distance of the robot from the wall. It does not matter whether the robot approaches, moves away or is parallel to the wall. We can always get an accurate signal. Thanks to this we are not running into an invisible hole in the wall and began a nice robot that follows the wall.

Since the robot we have has two control units on one we attached motors and ultrasonic sensors on the second color sensor, display and speaker. We had to have a free pin to both control units that would serve as a transmission signal. When the robot is reaching the goal he had to stop so that was an extra signal of important benefits to transmit a signal from one to another control unit. Color sensor obvious blue or green color signal and sends the second control unit to stop the engines.

Robot must go through a whole labyrinth of openings and all the red lines over which transferred and to stop at the finish, which is colored blue or green color and prints by the number byline is counted. The algorithm monitoring the wall is one of the most popular algorithms for finding a way out of the maze, and is also known as the "Rule of the left hand" and "right hand rule". If the maze of connections, or if all its walls are connected to each other, or if they are connected with the external border of the maze, then if the robot is inside the maze, backing to one side of the wall during the entire passage through the maze, there is a guaranteed way out of the maze, otherwise the robot would be returned to the entrance of the labyrinth and thereby make the rounds of each path in the maze at least once. Our task is to go through the entire robot labyrinth and successfully complete it for you moving time. Therefore, the robot passes through some mazes automatically (independently), and through some software (known in advance maze).

PoliArdo was wearing for this task had three ultrasonic sensors to monitor the wall, a color sensor that counted the lines and recognize colors, also there were the speakers who gave a signal to the robot crossed the red line and a display that showed the number of lines. 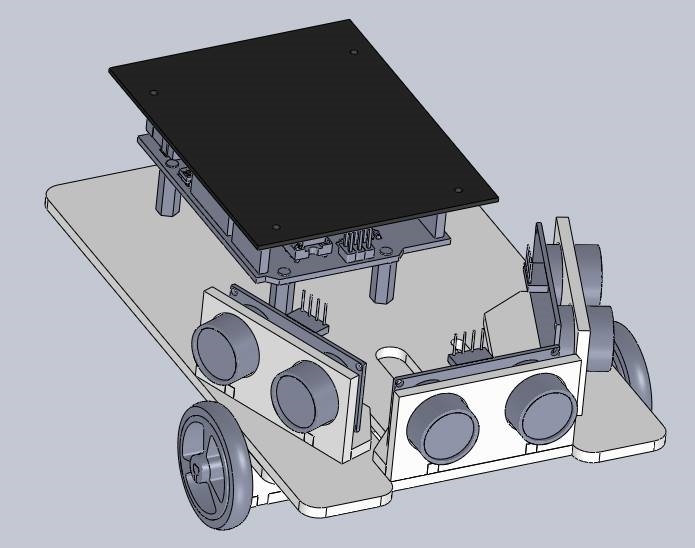