Board for sensing voltage /current air temperature and motion via I2C and being sent to Librato for monitoring.

Board for sensing voltage /current air temperature and motion via I2C and being sent to Librato for monitoring. 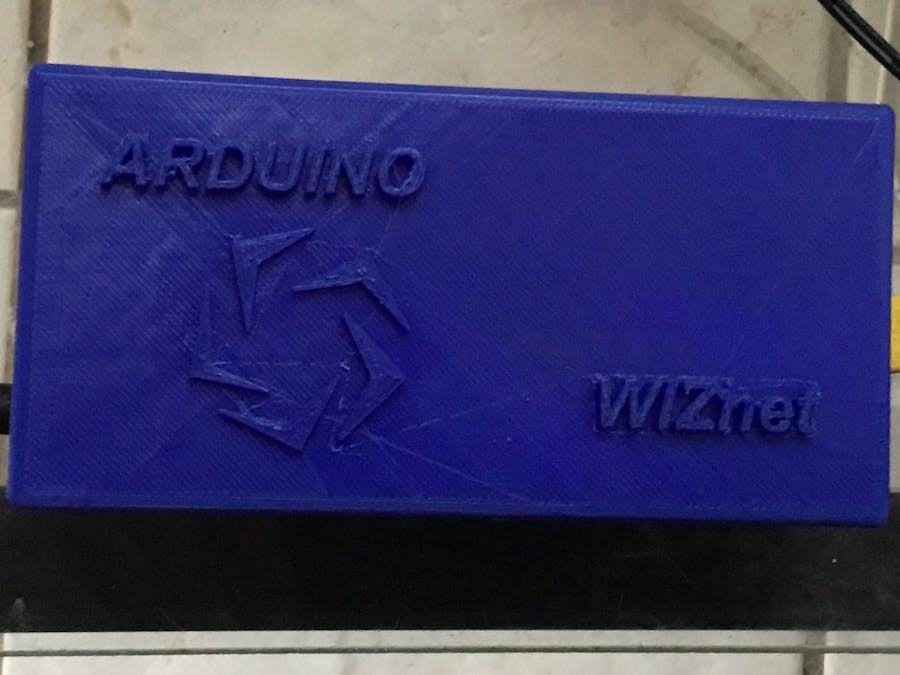 Here is a simple setup for monitoring inputs from an Arduino to the cloud using a WIZnet Serial to Ethernet adapter and Node-RED to split the messages up and sending it to ThingSpeak where it can be monitored and controlled from anywhere in the world.

By using this device, I discovered yet another way to send data without MQTT which is really interesting... You can use just about any Arduino/ESP device to send data to the cloud using the WIZnet as long as it has a TX/RX port. The WIZnet device can be used for setting up and Arduino based home automation system without the use of wireless devices and complicated code... If you have a serial.Write in the Code you can send it via Ethernet..

There are five components to this project:

1. Setting Up the WIZnet Device

First power up the WIZnet using 3.3V DC and Ground to the pins shown below. Plug in an Ethernet cable preferably Cat5e or Cat6. Look for lights then go to your computer and do the following:

I used the WIZnet SE2 configuration Program and set the Ip allocation to DHCP then pressed “Setting“ I did another search and it came up a the Following IP address 192.168.1.71

Next was the Serial setup. I used "TCP Mixed." Local port 5000 and the remote IP is The IP of the WIZnet device. I don't have a screen shot Program installed so I have to rely on Pictures for this Part from my PC.

I soldered the female and male pins together and intend to tape the connections up to prevent short circuits. The Power Shield Board is my brainchild and am very proud of it..It is capable of providing power to the ARDUINO and the WIZnet all the while sending data ..There is an on board DS18B20 temperature sensor as well as an I2C Accelerometer. sending XYZ co-ordinates and 2 Controllable Relays ..

The images below are of the Arduino shield. The first image is of the original one that is shown in the photos. The second one is a revamped design. I've added a higher amperage and higher voltage regulator. The first voltage regulator is good for 300mA maximum 18 volts DC and the second is good for 1.5 Amps and 30VDC which is more in line with powering off of a larger 24 volt solar array.

Tip#2: Buy some low temp solder paste for the power chip and deposit 2 thin lines across the pads. *See pictures put the Board in a small oven at 350 degrees until you see the paste turn to solder... Remove and check board before it cools. Keep an eye on the process!

I made the box fairly tall to accommodate more wiring and sensors in the future...

I am attaching a Slicer file opened with [UltiMaker Cura]