Arduino-based; 6 PCBs all with 64 LEDs on the outer face to form a LiPo-powered cube of 384 LED coolness!

Arduino-based; 6 PCBs all with 64 LEDs on the outer face to form a LiPo-powered cube of 384 LED coolness! 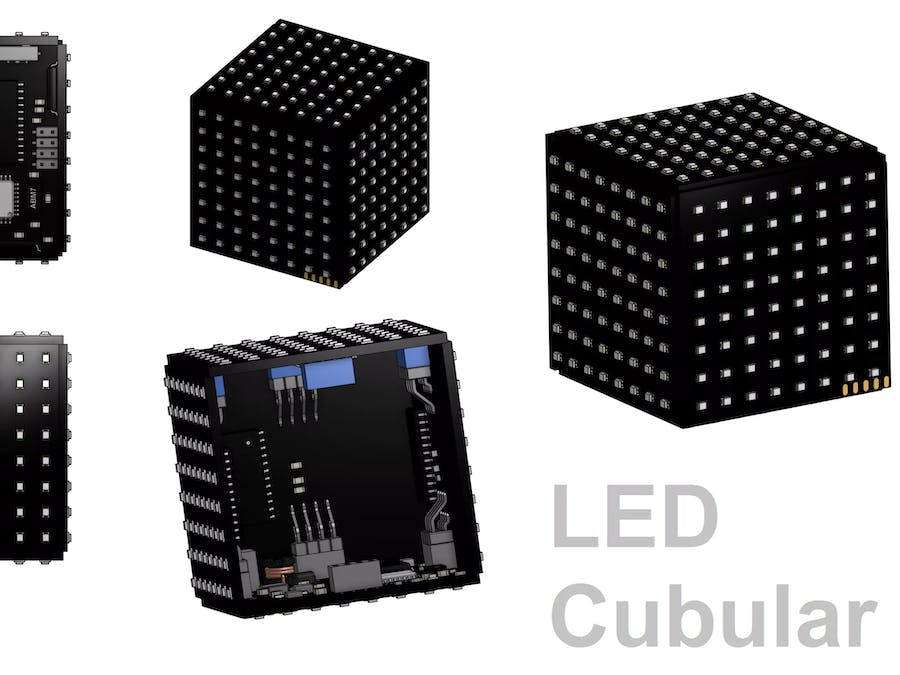 This project is completely open source, from the schematics to the eventual Arduino code. The LED Cubular is made up of 6 PCB boards which come in 3 different designs. The top, the bottom and the sides. The sides and top are simplified to basic components for running the LEDs.

The bottom board will contain an Arduino Uno ATmega328P as well as; an IMU for tracking orientation and battery charging and boosting circuits. The goal is to have a completely clean "Cube" only made up of SMD LEDs. I'm placing pads on the bottom PCB that can be interfaced to with Pogo Pins. I plan to design and 3d print a desktop "docking station" that the cube will sit in nicely and can be used for charging and reprogramming.

I put together a concept animation to show the clean design I'm aiming for;

I am trying to achieve the following design criteria in no particular order;

This is a really useful guide that I'm following to handle the LED matrix using the Max7219 (64 leds managed by one chip!) - https://playground.arduino.cc/Main/MAX72XXHardware