A wheeled box that follows its user. It's also controllable from a phone interface.

A wheeled box that follows its user. It's also controllable from a phone interface. 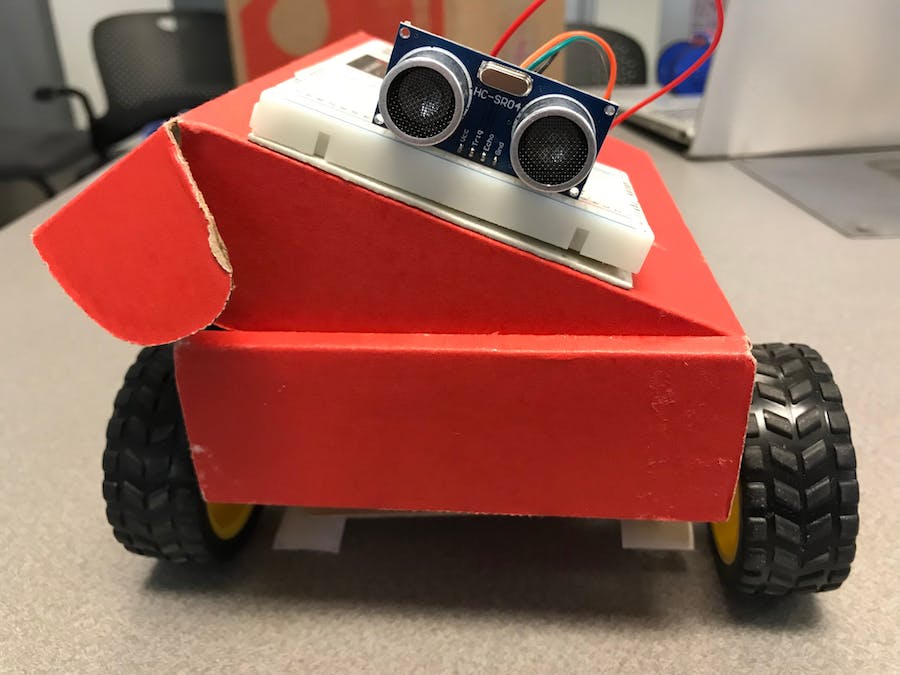 When I travelled to the scenic Luxembourg City, a friend complained about having to drag luggages across the hilly terrain. He suggested that companies should produce luggages that follow their masters. So here I am, building a prototype follow-me suitcase.

Due to time constraints, I started out by building a remote controlled car with its body made out of a cardboard box.

1. Connect the Bluetooth module to Arduino.

I am using a Adafruit Bluefruit LE SPI Friend breakout board. It comes with detailed tutorials and a phone app that allows for remote control. This BLE module is compatible with both Android and IOS.

Some tutorial I followed are shown below.

Connecting the BLE module to an Arduino.

I am using the controller panel on the app, whose interface looks like this:

For my RC car, I am using the arrows for direction control and the numbers for speed control. The control mapping is as follows:

I made a simple prototype car by Velcro-ing 2 wheels to a box. A caster wheel was attached to the front of the car to assist turning. The motor control code can be found in the Github link attached to this blog. Basically, I sent commands to the BLE module through the Adafruit app, The Arduino parses the inputs from the BLE module and forwards the commands to the motor controller.

To make the car a bit smarter, I attached an ultrasonics sensor to the front of the car. If it gets too close to obstacles, it will stop moving and beep through the piezo-buzzer.

Here's a picture of the final setup, it looks like Wall-e, doesn't it?

I will add in the GPS module and a compass to make the car truly autonomous.

I have been prototyping on an Arduino because it's compatible with most BLE modules. I will work on converting to other popular micro-controllers like a PocketBeagle or MSP430 in the future.