A hardware bee that's entirely made out of electronic components. It moves around making a buzzing sound and its wings glow in the dark.

A hardware bee that's entirely made out of electronic components. It moves around making a buzzing sound and its wings glow in the dark.

The Badge of Hope
BadgeLove! 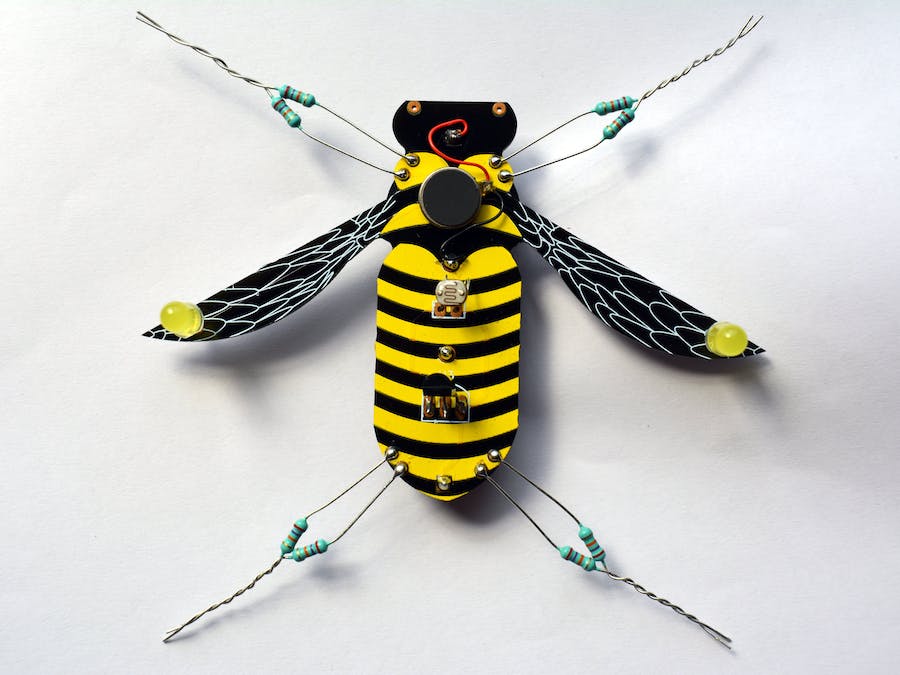 I make electronic badges for hacking conferences. So, a couple of years ago, I was asked to host a soldering village by OWASP Bangalore community in an international hacking conference in Kochi, India. So inspired by OWASP's logo, I came up with the bee design. It also represents the bug we find in the hacking world.

Design on paper and CorelDraw.

This was the first version of BugZee badge where the second circuit is a buzzer with an infrared sensor. So that the bee screams buzzer whenever there's an obstacle in front of it.

BugZee v2 {Glow in the dark}

For the next conference, I replaced the IR sensor + buzzer circuit with Photoresistor + LED circuit that allowed the Bee to glow in the dark. No, it doesn't sting users yet but maybe it's a good add-on idea?

Glowing wings in the dark.

I'm putting these up for online purchase on my website Hackerwares.in very soon along with other hardware I built.

The Badge of Hope
BadgeLove!