A brighter UV-light for bar and event staff to scan customers' UV ink and ID cards.

A brighter UV-light for bar and event staff to scan customers' UV ink and ID cards. 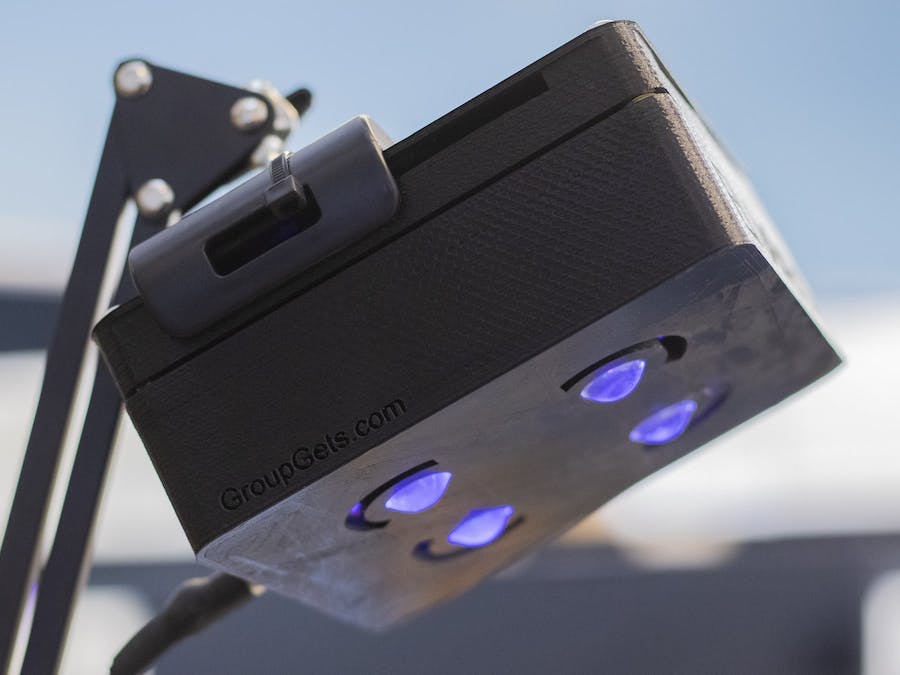 Our newest team member, Nick, is also a Bouncer for clubs and events here in Reno. He saw our powerful UV LEDs in the shop and brought over what the local clubs use. We saw that what they use is super under-powered and very directional.

We therefore got the idea to make the "The UV HotBox" because these LEDs get very hot! Warning, we're moving fast here with potentially dangerous UV LEDs. Wear appropriate eye protection if attempting to build this and be mindful of people in the vicinity. We use these glasses for working with this LED.

That said, the first step was to build a simple prototype with some parts that we had available and a basic LED for testing the gyroscope code on the J&J Studios Datum IMU board.

Next we modeled a case to hold all of the components, UV LEDs, wires, and a 120mm fan. (The model pictured is actually the third version, forgot to take pictures of the two earlier versions).

After the print of the first version of the case was complete it was time to start populating it.

Firing up the electronics after finishing up the wiring.

Version three of the case is now all buttoned up and tested. The biggest change from gen 1 to 3 was making space for the lenses on the bottom to spread out the UV Light more. The lenses were scavenged from some cheap amazon flashlights.

We then brought the beta version of The UV HotBox out to a local nightclub for field testing.

4 projects • 16 followers
Hacking minimum order quantities to get parts and you can too.
ContactContact