Can't control your mood? Well you can control the ambiance light with your smartphone.

Can't control your mood? Well you can control the ambiance light with your smartphone. 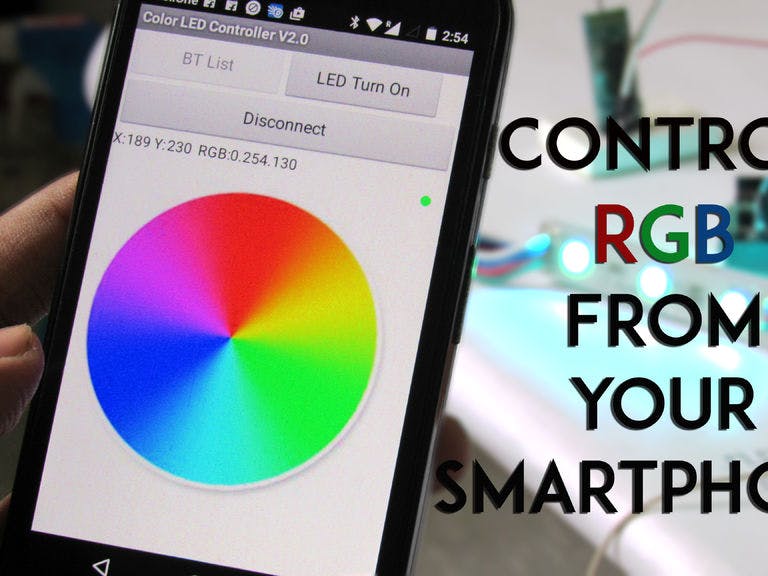 Mood lamps are always fascinating for me and is a very good project for starters to start with Arduino.

What is a Mood Lamp ?

Mood lamps are lighting devices that are used to establish a particular feeling or mood within a room. In some cases, this type of lamp may be a small device that is plugged into an outlet and creates points of light near the floor line of the room. Other examples of a mood lamp may be used to illuminate specific points along the walls or cast a soft light over a larger piece of furniture in the room.

Mood lighting differ somewhat from other lamps in that their purpose is not so much practical as aesthetic. Reading lamps for example tend to provide bright light to a given space in order to make it possible to read a book or magazine without creating strain on the eyes. Overhead lighting is used when there is a need to illuminate the majority of the space, such as in a classroom or laboratory. By contrast, a mood lamp is used to help create a specific ambiance within the room as a means of making the space more attractive and welcoming in some manner.

NOTE: This Tutorial is accepted for rainbow contest do vote if you like it.

Comparison of all the variants

RGB led : Easily available in ebay and all radio shack or locals store.

High Color Output. Can be easily power withi arduino .RGB SMD : This are sold as module i test a common cathode version the seem not to work great with arduinos internal power supply. RGB LED Strip : These are the Best comes with highest color range output with a correct driver you can drive them to give insane level of colors.Indians can find these at this link.

Normal led emits monochromatic color output which may be red ,green, or blue.To obtain other color we need to combine the color RGB . This result in 7 different color.To produce more than 7 colors, each color channel should be able to change in brightness, not just turned on or off.A popular control method is PWM, of which the cycle duty range determines the available brightness levels. The more the levels are available, the more colors can be produced. Apart from the popularity in applications like outdoor decoration lighting in cities, stage lighting designs, home decoration lighting and LED display matrix, RGB color mixing technology can also be found recently in LCD backlighting and projectors.We learn about PWM later in this Instructables.

RGB can be be of two type

RGB LED: In case for RGB led the interfacing is very easy we talk about both Common Cathode And Common Anode.

R to any PWM channel available

G to any PWM channel available

B to any PWM channel available

B to any PWM channel available

In case of strip out need to switch the the the strip on and off with Mosfet or transistor, I used transistor.I made the driver and it is also given in the schematics.

To Control The RGB we need to learn how to control a Normal LED Brightness.The Answer is PWM Pulse Width Modulation. It is digital representing Analog signal by varying the duty cycle of the pulse.

In arduino, we use the analog write function to get a PWM wave the function generates a square wave of specified duty cycle the value of which is defined by the user.

The Connection the Mode Lamp is SimpleFirst we connect the rgb led or strip .

Red to Pin 3 of Arduino

Blue to Pin 5 of Arduino

Green to Pin 6 of Arduino

If you liked this project support me on Facebook my liking my page, you will aslo be able to talk about your doubts trough the page. 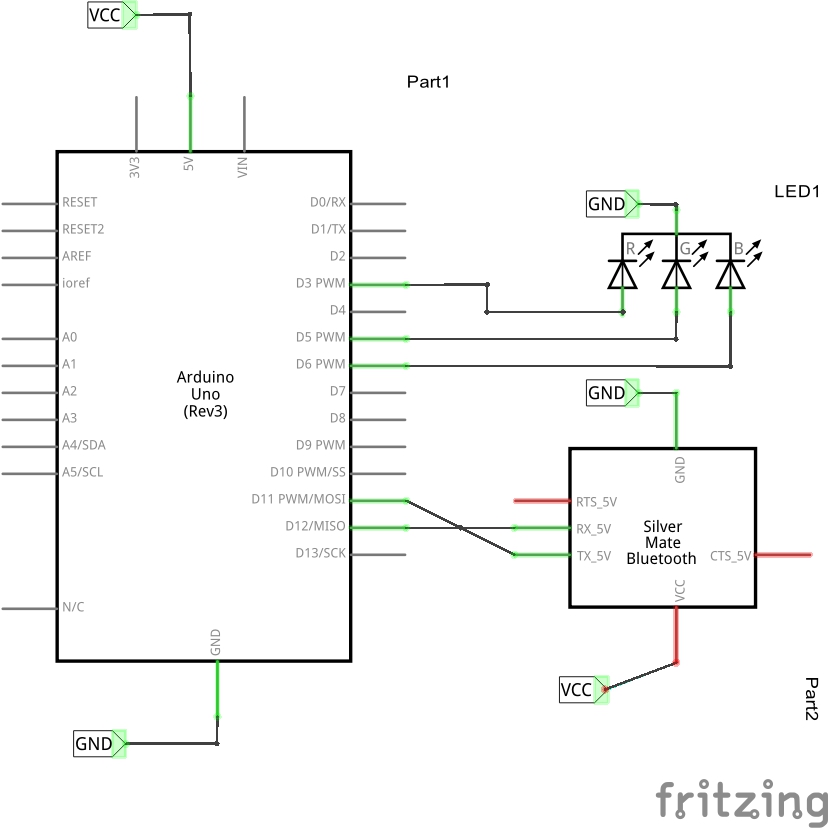 8 projects • 23 followers
So basically i am a crazy person, who loves to think the most odd way ever possible,who makes what he thinks and also let other also make those .
ContactContact