Print out a little purse!

Print out a little purse! 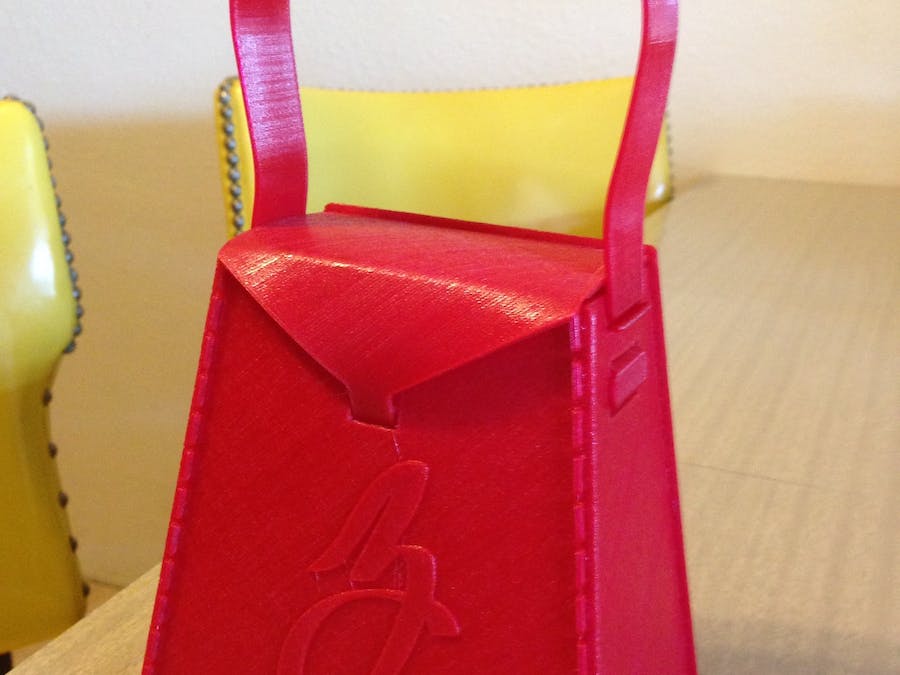 Seriously though, 3D printing is not going to destroy the fashion industry (if anything, it’s revolutionizing it).  Especially not this little purse I whipped up for my daughter after watching how much she likes playing with my wife’s.  Granted, she’s not as into this one, but I’d like to think it’s because of the distinct lack of phone inside (she loves the Snowspeeder I upgraded last year though, and she now points to images of Wookies and exclaims, “Bacca!” so I’m doing something right).

Anyway, this is a multi-part experimental purse-build designed so that the edges “stitch” together.  Maybe you’ll like it better?

Oh, and the artsy “Z” on the front was found HERE, by artist Doug Sheets.  The hyperlink to him on that site doesn’t seem to go anywhere, so if you know how to contact him, tell him I say, “Thanks!”

Files can be found on Thingiverse, YouMagine, Cults3D, and MyMiniFactory (once it’s through the vetting process).

Refer to my earlier-posted printer settings for the best way to extrude flexible filaments (unless of course you have different materials and/or a better idea than I), arrange them so they’re flat on your build bed, and go to town.

In the end, you’ll have all these:

I realize now that I possibly could have printed the majority of this as one piece, but that would have defeated the purpose of the experiment and would have taken roughly a millennia to print.

Use your needle-nose pliers to “sew” them all together.

Who woke up this morning wondering if you could stitch with needle-nose pliers?!

The ends of the strap are designed to tightly and securely fit in the side panels.  You’re gonna have to weave them through the slits.

Do that on both sides, and you’re finished!

Don’t limit yourself to this being an infantile purse either.  It could be a snack-pack, a very small and well-disguised bug-out-bag, or a case to carry bottles of Kanye’s tears.  In any event, get creative.