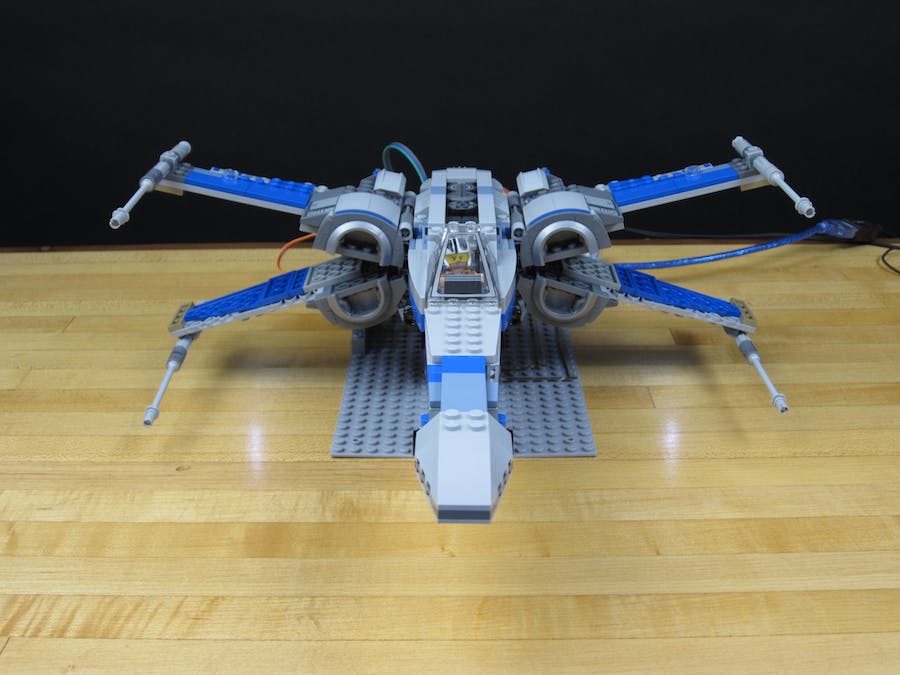 We absolutely LOVE the new LEGO Star Wars sets that have come out over the last couple of years. They're well designed, fun to build, and look great. What would make them even more fun is if they also moved on their own!

We took an off the shelf LEGO X-Wing set and automated it so the wings open and close on their own. Even better, we added sound effects and lighting effects! But if that isn't enough we also added a motion sensor so that it would activate when someone walks by.

At the core is a Crazy Circuits Robotics Board, a couple of Crazy Circuits LEDs, Nylon Conductive Tape, a Servo + LEGO Adaptor, and an inexpensive MP3 player off amazon. We also threw in a motion sensor for good measure.

Overall this project isn't overly difficult to do, but does take awhile and requires a healthy amount of random Technic LEGO parts to built the gear box area.

We did a nice Step by Step write up on this project if you're wanting to replicate everything we did, or see the individual steps we took.

Example of the project in action:

3 projects • 26 followers
We're an educational science company out of Milwaukee, WI. We create fun projects for Makers of all ages.
ContactContact