This is a pro-tip on connecting a USB WebCam to the Omega2 and streaming it over WiFi.

WiFi Camera with the Onion Omega2

WiFi Camera with the Onion Omega2

This is a pro-tip on connecting a USB WebCam to the Omega2 and streaming it over WiFi. 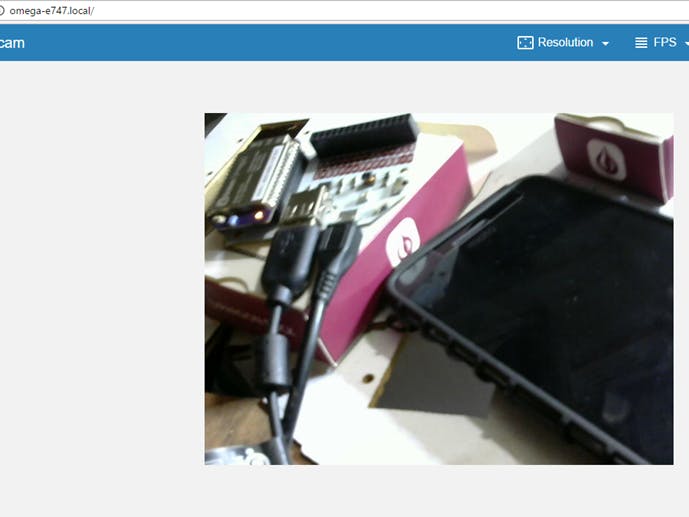 After getting my hands on an Onion Omega2 and tinkering around with the basics, I wanted to explore the Webcam option/app that showed up in the Dashboard.

Before going the MJPG-Streamer route, I wondered if I can simply hit up this Webcam app in the dashboard/IDE and get a Webcam streaming.

I first tried the Webcam icon and that showed me an installation popup.

I hit Install and let it do it's magic behind the scenes. Once done, you'll get a success notification:

Click the Webcam icon again from the dashboard, and you'll be presented with this screen:

I had a Logitech C310 Webcam lying around which I hooked up to the Expansion Dock atop which is the Omega2 mounted. I then clicked the Start Stream menu link in the app and prayed!

I couldn't believe my eyes when the video stream started playing!

Then tried to make an infinite loop.

The camera app doesn't eat up much RAM and I still had ~ 16MB free RAM on the Omega2:

The stream gets very sloggy when I tried to increase the FPS to 30 and the resolution over to 1280x720. It might perform better on the Omega2+ which has double the memory of the Omega2.

That's all to it. I was very relieved to not go through the arduous process of installing the MJPG-Streamer and tinkering it.