This device is used to allow for active monitoring of an individuals home.

This device is used to allow for active monitoring of an individuals home. 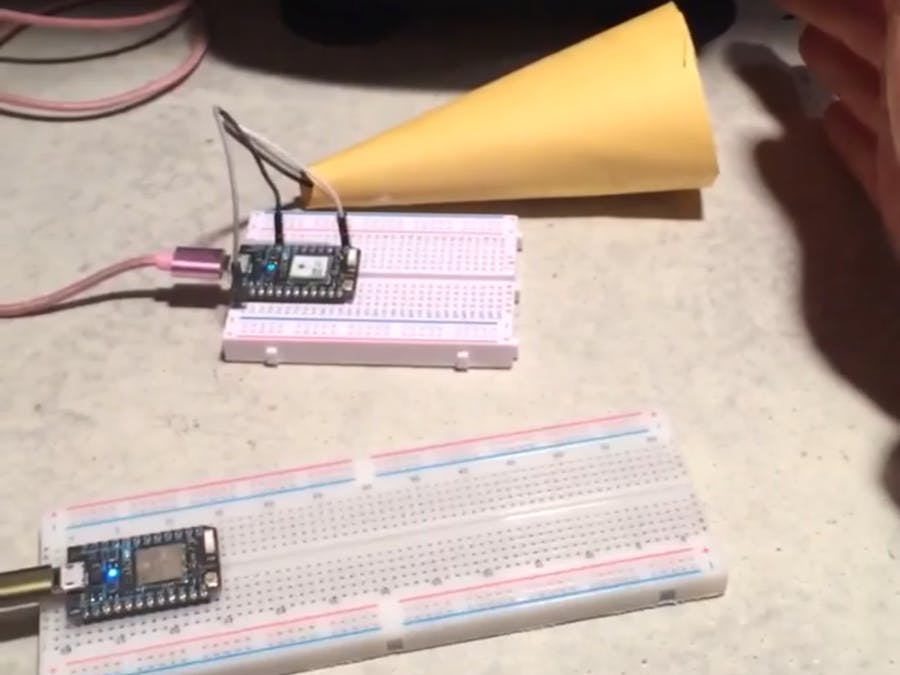 The objective of this project is to use photons and the internet of things to solve a problem. The problem used in this particular project was motion detection within a household. One photon directly detects the motion and plots it on a graph in real time. The information from this photon is relayed to a second photon through the internet of things and alerts the user via LED indicator. Even though this particular scenario is on a very small scale, the same application can be used for real world problems and applications. Having these motion detectors in the household could increase home security. The simplicity of it would allow people to have one in every room of the house and be able to monitor motion detection wherever they are as long as they have internet access. Another option could be to put the motion detectors outside and monitor motion on the outside of the house.

This video shows us testing the response time of the infrared sensor. This was accomplished by waving a hand in front of the sensor and observing how long it took for LED at D7 to respond. Lag time between sensor activation is set at about 30 seconds. This means that when the sensor is tripped it will remain on for 30 seconds and not log any additional traffic during that time. The reason for this is to prevent the sensor from logging multiple events when it is only a single detection.

This video shows the location of the sensor in the kitchen. The sensor has a cone on it to limit its field of vision so it does not detect motion in the living room. The small size of the device and sensor allows us to nicely conceal the device.

The video above shows the final product of the Home Motion Detector.

The following graphs show motion activity over the period of two days.

In the graph above, during the morning rush, the sensor detected a considerable amount of motion which would be expected. This is traffic of two adults and two children on a regular day before work and school.

Kitchen Traffic Throughout the Morning Until Lunch--11/08/17

This graph above clearly shows that there was no motion in the kitchen during the times of around 7:15 am when everyone left to 12:00 pm when one of the adults came home for lunch.

The most activity in the graph above occurs around dinner time for the family. Throughout the night there is no motion until the family wakes up after 6:00 am.