This is a carbonator that uses baking soda and vinegar to produce CO2 that carbonizes items in a separete container.

This is a carbonator that uses baking soda and vinegar to produce CO2 that carbonizes items in a separete container. 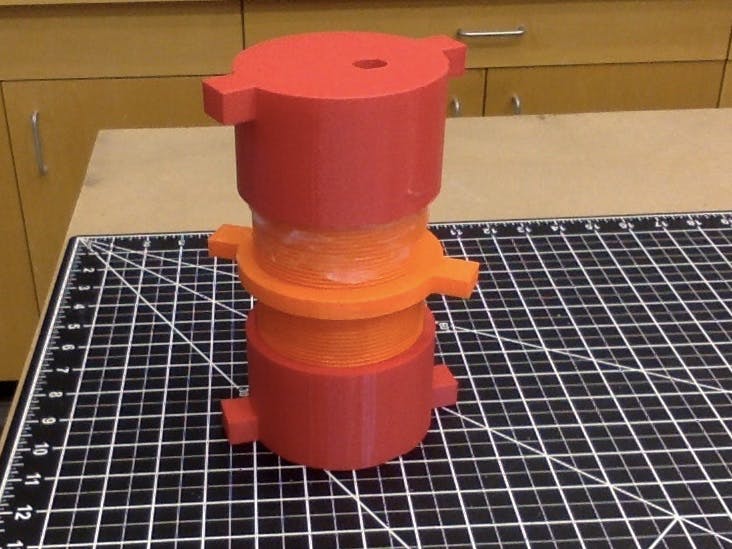 This carbonator would be powered by the reaction of baking soda and vinegar. The reaction is slightly exothermic, and it produces twice as much volume as its ingredients.

The carbonator would be comprised of 2 chambers, both modular as well as volume changing. One side of the appliance would be the "reactor" and the other side the "carbonation chamber."

My first attempt was large, bulky and unwieldy:

In order to change the volume of the cylinder, simply turn the screw, and the interior plate would move forward or backward.

Immediately, friction became the least of my problems when M2 couldn't hold any sort of air pressure. Two caps would cover the hollow interior of the pin.

Next, M4 was the most advanced.

Two caps would cover the hollow interior of the pin.

Issues: Small amount of leaking so I applied Vaseline to threads. Leaking persisted, however, at much lower rates than M1 and M2 combined. Caps would lock, and Vaseline would make it too slippery to grip.

Thank you for your time.

3 projects • 0 followers
I am A novice hacker and solderer. A master woodworker and a budding inventor.
ContactContact