You'll learn how to create a Pikachu Module for Arduino.

You'll learn how to create a Pikachu Module for Arduino. 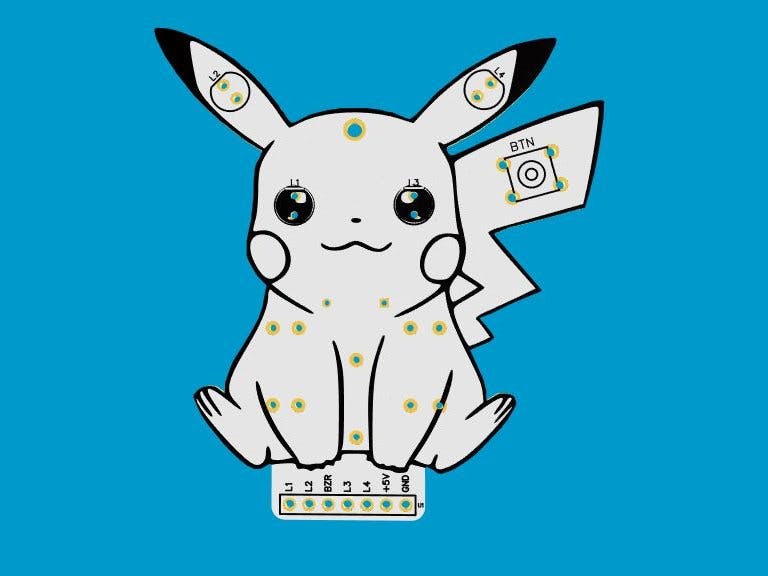 Based on this problem, we create Pikachu Printed Circuit Board (PCB). This is a board with its format and several resources to program with Arduino.

Now, we present the circuit and diagram to you in Figure 1.

Now we'll explain the project development of the Pikachu Printed Circuit Board.

The board is based in the form of the Pikachu and its electronic schematic is presented in Figure 2.

Figure 2 - Schematic of the Pikachu Printed Circuit Board.

On the tail of the Pikachu, there is a button. This button is used to allow the user to interact and perform some task when the button is pressed.

And finally, we have a passive buzzer. Through this buzzer, the user can generate sounds for the Pikachu or some melody through the Arduino.

Hereafter will present the PCB layout in Figure 3.

The case you have interesting in downloading the Pikachu PCB files, you can access our PCBWay repository: Our Repository.

Thanks to the PCBWay for support the our YouTube Channel and produce and assembly PCBs with better quality.

The Silícios Lab thanks UTSOURCE to offer the electronic components. 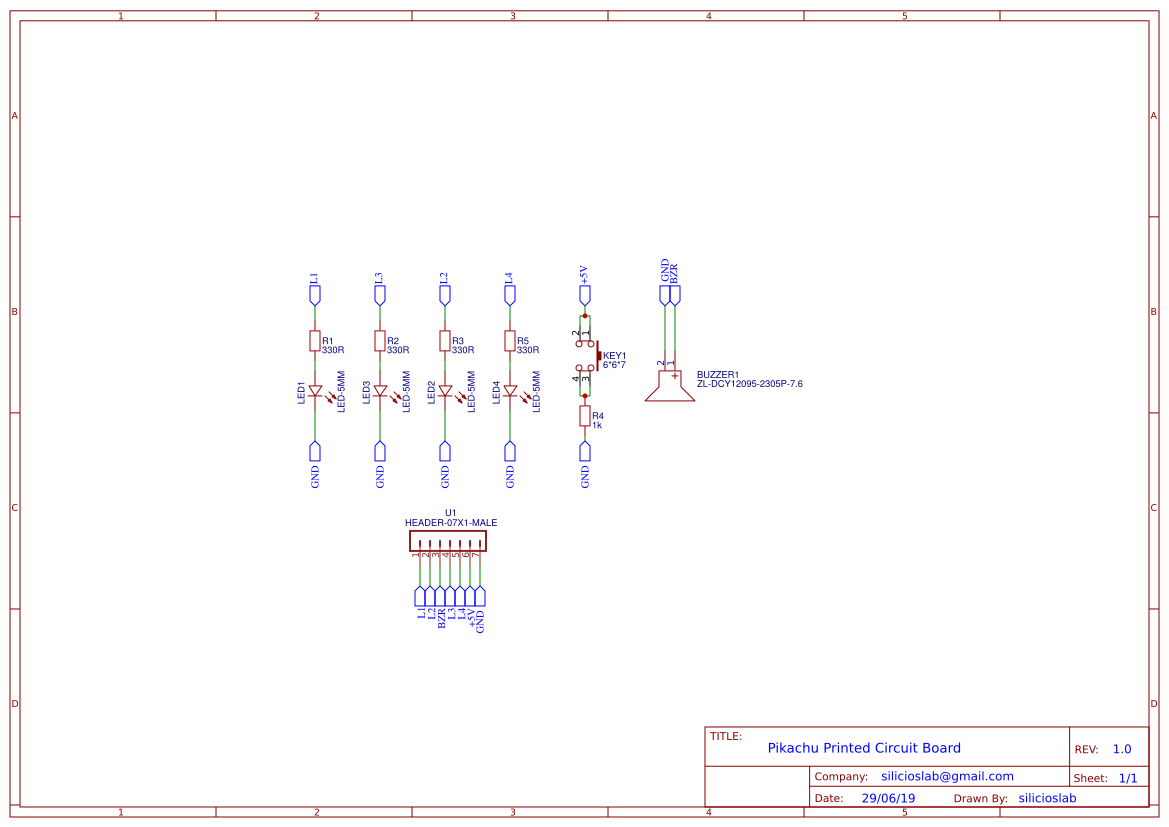