You will learn how to develop a system to detect when the refrigerator is with few ice cubes.

You will learn how to develop a system to detect when the refrigerator is with few ice cubes. 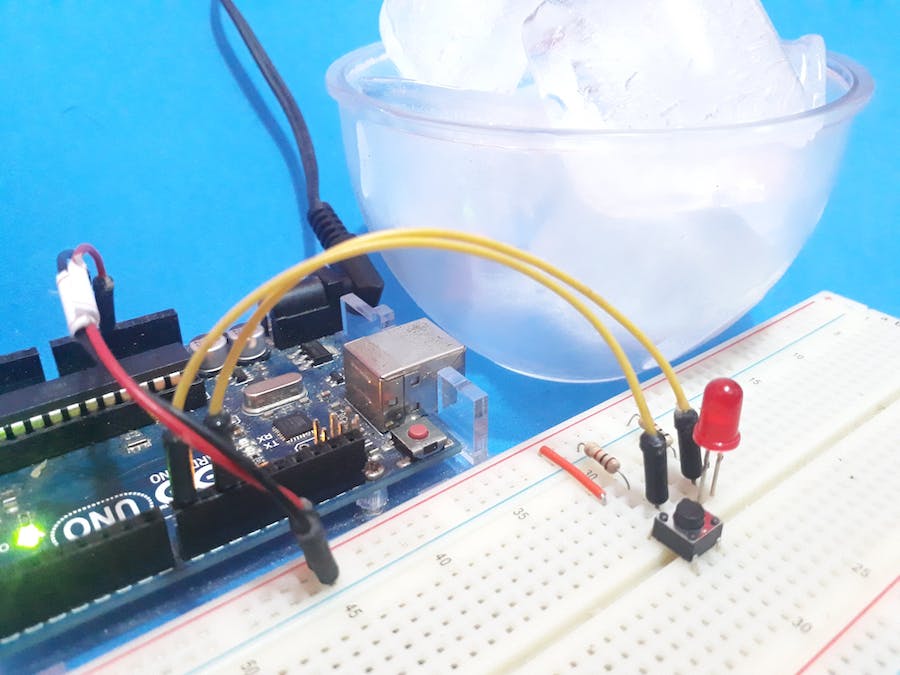 Nowadays, several devices are already equipped with intelligence. Among these devices, we highlight household appliances. Over time, they evolved and brought many functionalities to our homes.

In this way, we can mention the refrigerators. Over time, technological panels for control and functionalities have been developed to assist the user.

And one of the quite interesting features in some refrigerators is the ability to inform when the freezer is with few ice cubes. This prevents the user from opening the freezer and increasing electrical consumption.

Thinking about this problem, we decided to implement a system to check and inform the user when the ice box is low on ice cubes.

Now, we will present the entire circuit design and programming.

In the refrigerator, when the box ice is with enough ice cubes, it will be very heavy, so as to actuate the limit switch sensor and the LED will be deactivated. Otherwise, the LED will be activated and will inform the user that the box is will few ice cubes.

In Figure 2 the circuit is representing in the protoboard.

Figure 2 - Representation of the Electronic Circuit.

The system is simples, but, there are several informations to discuss the following point:

What we want to present with this article is that: Simple ideas can generate great innovations!

Now, after learning how about the circuit works, it is the hour to learn how to program this project. Let get started!

The project has a simples circuit. In Figure 1 is shown the electronic schematic.

In the presented circuit, the button is used to represent the limit switch sensor. The working project is very simple.

In the refrigerator, when the box ice is with a very ice cube, it will be very heavy, so as to actuate the limit switch sensor and the LED will be deactivated. Otherwise, the LED will be activated and will inform the user that the box is will a few ice cubes.

Hereafter is presented the code used to program the project.

In the code, we declared the LimitSwitch variable to store the pin state of the button. Therefore, in the loop, the system will verify what is its value.

If the pin state of the button is 0, the system understands that the limit switch sensor doesn't is actuated and the system is with few ice cubes. In this way, the LED will be activated as is shown in Figure 3.

Now, if the system is with enough ice cubes and the limit switch sensor is activated, the LED will be deactivated, as is shown in Figure 4.

Nowadays, already exists refrigerators with this functionality. As you see, the system is very simple to implement and aid the users with simple information about the number of ice cubes there are inside the icebox.

Thanks to the PCBWay for support the our YouTube Channel and produce and assembly PCBs with better quality.

The Silícios Lab thanks UTSOURCE to offer the electronic components.